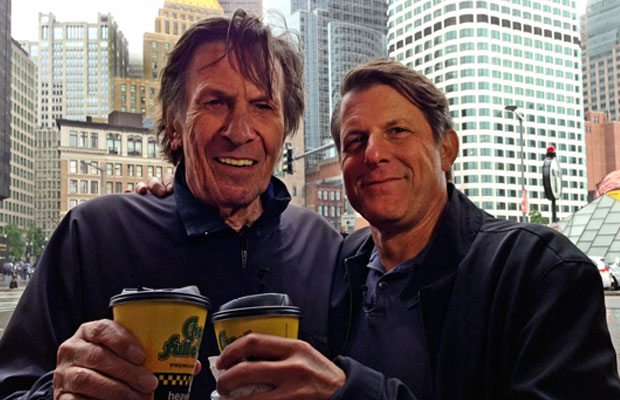 Last year, Leonard Nimoy traveled back to the city where he grew up — Boston. Accompanied by his son, Adam, the two captured their trip for a PBS documentary Leonard Nimoy’s Boston.

You can watch the entire 28-minute documentary short below.

Actor Leonard Nimoy returns to his native city of Boston for a sentimental journey. Accompanied by his filmmaker son Adam, Nimoy walks the streets, sharing memories of his early years: selling newspapers near the Common, sailing on the Charles and growing up in a Ukrainian immigrant family in the West End, a neighborhood that was largely razed in the 1950s.

Thanks to Markus McLaughlin on Twitter for pointing us to this.