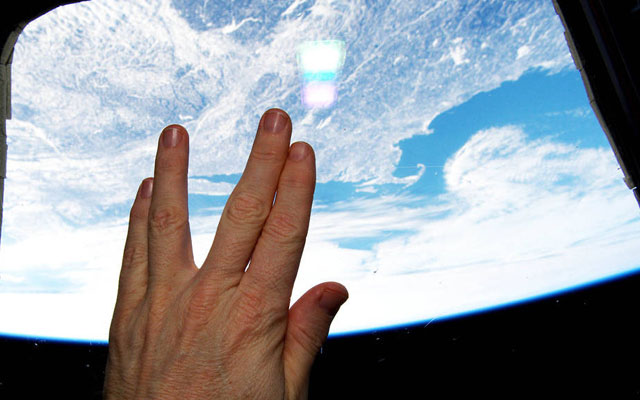 International Space Station astronaut Terry Virts (@AstroTerry) tweeted a fantastic photo of him giving a Vulcan hand salute from orbit as a tribute to Leonard Nimoy, who died on Friday (February 27).

Nimoy’s hometown of Boston, Massachusetts is visible from the station window.

Virts joins the legions of fans, celebrities, friends and family who have paid tribute to the actor.

In this article:Leonard Nimoy, Science, Star Trek: The Original Series