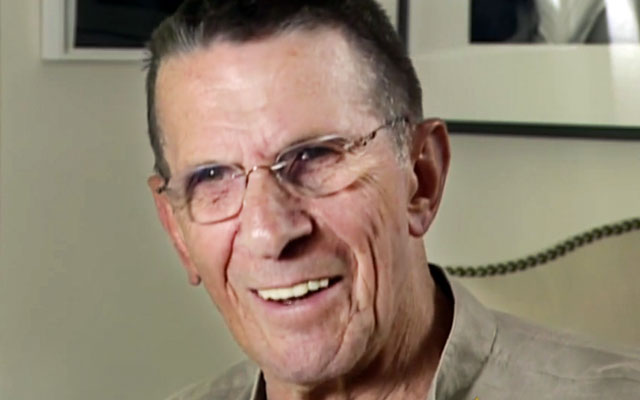 In 2005, CBS Sunday Morning correspondent John Blackstone sat down with Leonard Nimoy to discuss his iconic role of Spock on Star Trek, what it meant to him and to his career.

You can watch a 12-minute excerpt from the interview below.

Watch excerpts from correspondent John Blackstone’s 2005 interview with actor Leonard Nimoy, who created the character of Mr. Spock on “Star Trek.” He talks about what the role meant to him and his career; about competition among the show’s ensemble cast; how fans kept the sci-fi series alive through syndication and beyond; and about his reaction to the release of “Star Wars.”