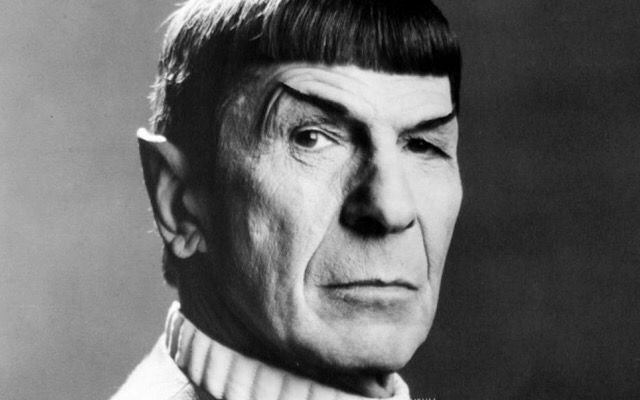 Last Friday, fans around the world mourned the death of Leonard Nimoy — who passed away after a battle with chronic obstructive pulmonary disease (COPD) at the age of 83.

Nimoy was laid to rest on Sunday at a California cemetery, where family, friends and former costars came together to celebrate his life.

According to People, close to 300 people attended the intimate ceremony — including Zachary Quinto, Chris Pine and J.J. Abrams.

The eulogy was delivered by Rabbi John L. Rosove, who is the cousin of Nimoy’s widow, Susan Bay. “There was nobody there who didn’t mean something to Susan and Leonard or to their children and grandchildren.” Rosove said.

Quinto, who formed a close friendship with Nimoy after appearing together in Star Trek (2009) and Star Trek Into Darkness, was said to be “absolutely eloquent,” according to Rosove. “He said he was very trepidatious about stepping into the role of young Spock, [but] that Leonard was always gracious and helpful to him to understand what he was doing.”

Nimoy “absolutely adored Susan,” says Rosove. “She brought him out of darkness. They would talk deeply about everything. They just opened each other’s hearts and were really there for each other.”

When he died, “he had everybody that he loved the most around him,” says Rosove. “When he passed, he was ready. [Susan] told him when he couldn’t respond, ‘Lenny, I love you. You can go. It’s okay.’ He smiled, and then he died. I think he saw light and he was beamed up.”

Zachary Quinto’s Touching Farewell To Leonard Nimoy: “I Will Miss You Every Day”

Star Trek: Coda – Book II “The Ashes of Tomorrow” Review: The End of Everything Inches Ever Closer