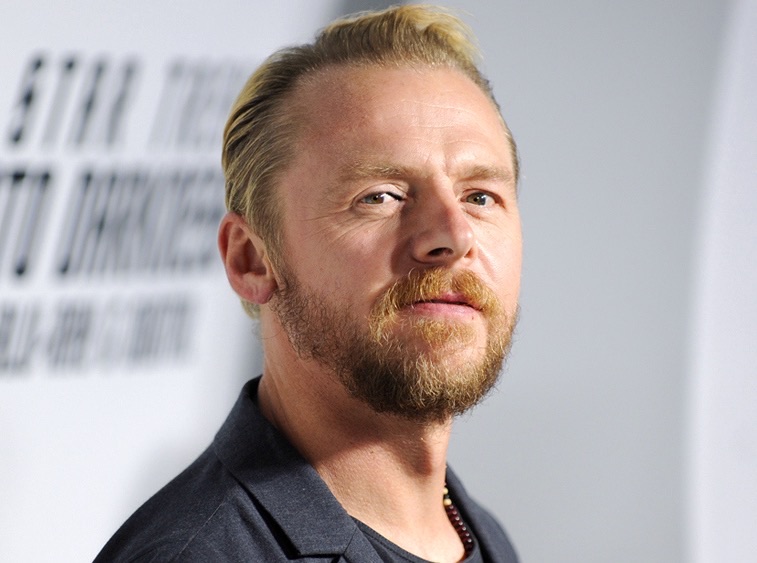 During a press event to promote the new film Kill Me Three Times, Simon Pegg talked about writing the next Star Trek film, getting the script finished by June and his respect for the Star Trek franchise.

Pegg — who was brought in last year to write the Star Trek 3 script, following Roberto Orci’s exit — told Collider that writing the film’s script was “terrifying.”

Playing “Scotty” in both the 2009 reboot and 2013’s Star Trek Into Darkness, Pegg is no stranger to the rejuvenated franchise. When asked if as an actor, he could have ever have imagined writing a Trek film, he said:

On set, sometimes, there’s room for improvisation, especially for someone like Scotty who’s Scottish, but never anything more than little dialogue tweaks, here and there. Now it’s like, “Okay, now you’ve got to write the dialogue.” It’s scary! Also, the timeframe we’re working in is extremely tight. It means we’re having to come up with the goods. We can’t be lazy about it. We can’t procrastinate. We have to come up with the stuff because the production is hammering on the door saying, “When can we build this? What are we gonna we build? Who is in it?” I don’t know! Let’s right it and we’ll find out. It’s an interesting process.

On how he got the gig, Pegg said:

Me and Bryan Burk, who’s one of the producers at Bad Robot, have worked together on a bunch of stuff. We were sitting around, talking about the direction the next film was gonna go in. They were thinking, “Maybe we should go back to the drawing board, a little bit, with the screenplay.” Bryan and I would just sit around and talk, and we’d get excited. And then, Bryan was like, “Do you want to write it then?” It was a difficult decision. I hemmed and hawed about it, a little bit, because it felt like a big responsibility. I owe J.J. [Abrams] and Bryan an awful amount. I love those guys. I want to do right by them, so I felt like I should man up and do it.

It’s weird to walk into something and take ownership of it, in a way. Everything else that I’ve written has been mine, from the very germ of the first idea, or shared with Edgar [Wright] or Nick [Frost]. But with this, I’m walking into a realm that doesn’t belong to me, and I have to treat it with a degree of respect. Obviously, I always treat things with respect, by I have to abide by certain rules and do right by the original series, and not be too post-modern with it and not be too aware of itself. I have to try to take on the spirit of the show, rather than fill it with stuff that people will just go, “Oh, yeah, that’s from episode something or other.” It’s more than that.

Being brought in last December to co-write the script, Pegg has a short amount of time to get it completed. He talked about the condensed timeline, saying:

Come hell or high water, June. I’m busy writing it. It’s an ongoing thing. I’m sure we’ll be finessing it, right through the shoot. You never really, truly start writing a movie until the edit. There’s a whole new lexicon that you’re confronted with, when you’ve shot the movie, which is the visual language that you don’t have on the page. And then, you start to realize, “Hang on, we don’t need that speech because that look says it all.” So, it will be an ongoing thing, right until next year.