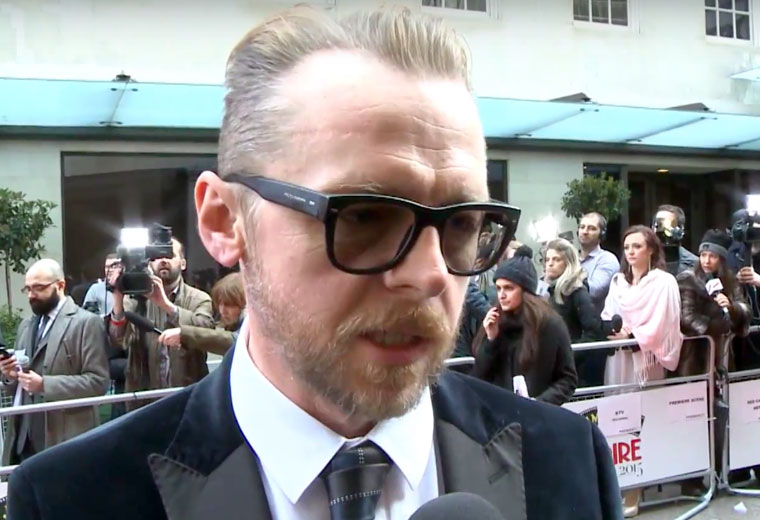 Over the weekend the rumor mill started churning with speculation that British actor Idris Elba would play a Klingon as the main villain in the next Star Trek film.

Simon Pegg, who has been busy writing STAR TREK 3 with Doug Jung, was asked about the the pressure he’s under to turn in a script that “everyone will like” and addressed the Elba rumors while speaking with Absolute Radio.

When asked whether Idris Elba will play a Klingon in the film, Pegg flatly denied the rumor, saying: “That’s not true.”

“I heard there’s a rumor he’s be spoken to about stuff — so he may be in the film, but he won’t be a Klingon.” Then laughing, Pegg says “Or maybe he will.”

You can watch the clip embedded below.