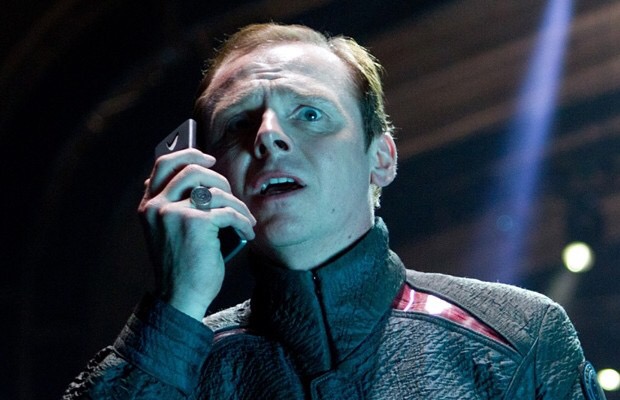 Simon Pegg, the co-writer of the upcoming third installment of the rebooted Star Trek franchise and the film’s “Scotty,” recently spoke to Radio Times Magazine and warned of the “dumbing down” of what audiences expect from a sci-fi film.

“Before Star Wars, the films that were box-office hits were The Godfather, Taxi Driver, Bonnie and Clyde and The French Connection – gritty, amoral art movies. Then suddenly the onus switched over to spectacle and everything changed,” Pegg said in this week’s edition of Radio Times magazine.

“Now, I don’t know if that is a good thing. Obviously I’m very much a self-confessed fan of science-fiction and genre cinema. But part of me looks at society as it is now and just thinks we’ve been infantilised by our own taste.”

Pegg, who became known for his sci-fi comedy series Spaced and later for Shaun of the Dead and Mission Impossible, thinks it may be time for us search out more intellectual films.

“It is a kind of dumbing down in a way,” he said. “Because it’s taking our focus away from real-world issues. Films used to be about challenging, emotional journeys or moral questions that might make you walk away and re-evaluate how you felt about… whatever. Now we’re walking out of the cinema really not thinking about anything, other than the fact that the Hulk just had a fight with a robot.”

He concluded by saying: “But I sometimes feel like I miss grown-up things. And I honestly thought the other day that I’m gonna retire from geekdom. I’ve become the poster child for that generation, and it’s not necessarily something I particularly want to be. I’d quite like to go off and do some serious acting.”