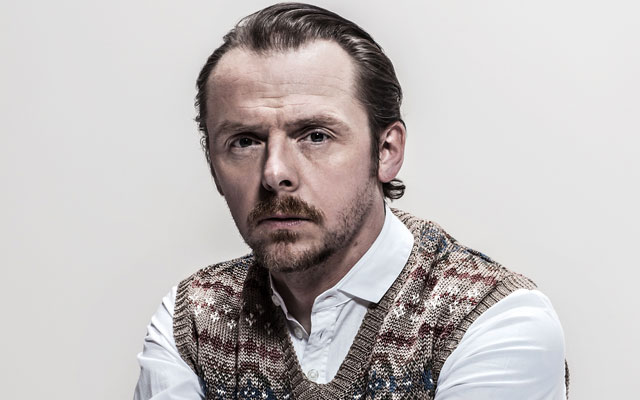 Following a much-publicized interview with the Radio Times, in which Simon Pegg talked about the “dumbing down” of science-fiction cinema, the co-writer of the next Star Trek film, took to his blog to respond to an outpouring of fan backlash.

It has come to my attention (thank you google), that the excellent website, Io9 picked up on some controversial comments I made to the Radio Times, which can be summed up in the above headline. Now, maybe I was being a little bit trollish, I can be a bit of a Contrary Mary in interviews sometimes. When you do lots of them, you get sick of your own opinions and start espousing other people’s. Having said that, the idea of our prolonged youth is something I’ve been interested in for a very long time. It’s essentially what Spaced was about, at least in part.

In the 18 years since we wrote Spaced, this extended adolescence has been cannily co-opted by market forces, who have identified this relatively new demographic as an incredibly lucrative wellspring of consumerist potential. Suddenly, here was an entire generation crying out for an evolved version of the things they were consuming as children. This demographic is now well and truly serviced in all facets of entertainment and the first and second childhoods have merged into a mainstream phenomenon. 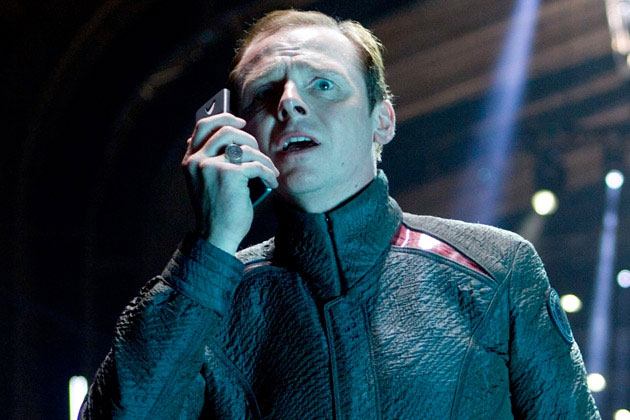 Pegg as “Scotty” in ‘Star Trek Into Darkness’

Before Star Wars, the big Hollywood studios were making art movies, with morally ambiguous characters, that were thematically troubling and often dark (Travis Bickle dark, as opposed to Bruce Wayne dark)*. This was probably due in large part to the Vietnam War and the fact that a large portion of America’s young men were being forced to grow up very quickly. Images beamed back home from the conflict, were troubling and a growing protest movement forced the nation to question the action abroad. Elsewhere, feminism was still dismissed as a lunatic fringe by the patriarchal old guard, as mainstream culture actively perpetuated traditional gender roles. Star Wars was very much an antidote to the moral confusion of the war, solving the conundrum of who was good and who was evil. At the heart of the story was an ass kicking princess who must surely have empowered an entire generation of girls. It was a balm for a nation in crisis in a number of ways and such was that nation’s influence, the film became a global phenomenon.

He went on to explain his “dumbing down” comment, citing two recent genre films: Ex Machina and Mad Max: Fury Road as being “brilliant.”

The ‘dumbing down’ comment came off as a huge generalisation by an A-grade asshorn. I did not mean that science fiction or fantasy are dumb, far from it. How could I say that? In the words of Han Solo, “Hey, it’s me!” In the last two weeks, I have seen two brilliant exponents of the genre. Ex Machina and Mad Max: Fury Road, both of which had my head spinning in different and wonderful ways and are both very grown up films (although Max has a youthful exuberance which is nothing’s short of joyous, thanks George Miller, 70) I’ve yet to see Tomorrowland but with Brad Bird at the helm, it cannot be anything but a hugely entertaining think piece.

The point of all this is just to get my position clear. I’m not out of the fold, my passions and preoccupations remain. Sometimes it’s good to look at the state of the union and make sure we’re getting the best we can get. On one hand it’s a wonderful thing, having what used to be fringe concerns, suddenly ruling the mainstream but at the same time, these concerns have also been monetised and marketed and the things that made them precious to us, aren’t always the primary concern (right, Star Trek TOS fans?)

Pegg would go on to confirm the name of the next Star Trek film, saying:

Speaking of which I better climb aboard the old hypocropter and fly back to writing Star Trek Beyond.

Do you agree with Pegg’s comments? Tell us your thoughts in the comments below.

You can read Pegg’s entire essay over at SimonPegg.net.