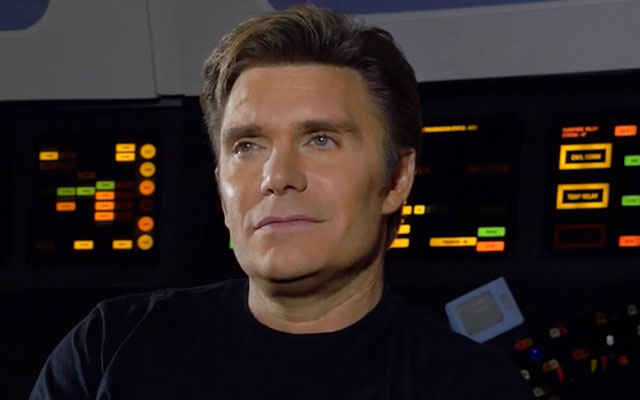 With the 50th anniversary of Star Trek just around the corner, a new documentary, centered around the fan production, Star Trek Continues, explores the fan series and those who create it.

Our Star Trek: The Fifty Year Mission, from Star Stuff Cinema, has launched a, IndieGoGo fundraising campaign will help enter the independent film and enter it into festivals.

The campaign was launched on Monday with a $500 goal.

Scroll down to check out the preview.

Star Trek – it’s iconic, but many misunderstand its meaning.

In the wake of the 50th Anniversary of Star Trek, is Gene Roddenberry’s original vision still alive? Centered around the fan production, “Star Trek Continues”, this documentary film explores the people who create Star Trek today and their quest to get it right.

In this article:Star Trek Continues