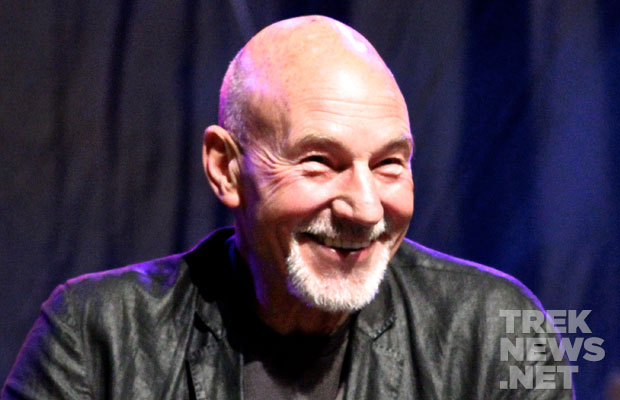 On Tuesday, Creation Entertainment announced Sir Patrick Stewart as their 100th celebrity guest for this year’s Official Star Trek Convention in Las Vegas. This will mark Stewart’s first STLV appearance in four years, as he hasn’t appeared at the event since 2011, due to scheduling conflicts and prior commitments.

In the email announcement, Creation wrote:

The honor of being our 100th celebrity guest goes to the internationally beloved superstar SIR PATRICK STEWART. From his iconic roles of Capt. Picard on Star Trek: The Next Generation to Professor X of The X-Men feature films, Sir Patrick always delivers exquisite and delightful appearances on screen and television while continuing to be a true champion of live theatre performances in The United States and overseas. There is no doubt that he is one of the world’s finest actors and we are proud to have him returning to our stages.

It is with great joy that we are happy to announce that Patrick is returning to television in a new series for STARZ called Blunt Talk, a half hour scripted comedy series. The project comes from the minds of Seth MacFarlane and Jonathan Ames and was picked up straight to series with 20 episodes set to air over two seasons starting in 2015. Sir Patrick portrays the lead role of Walter Blunt and will also serve as a producer. He will be appearing at the convention on SUNDAY to speak and also sign a limited number of autographs. Sir Patrick will not be doing photo ops at this event.

In this article:Conventions and Events, Creation Entertainment, Patrick Stewart, STLV