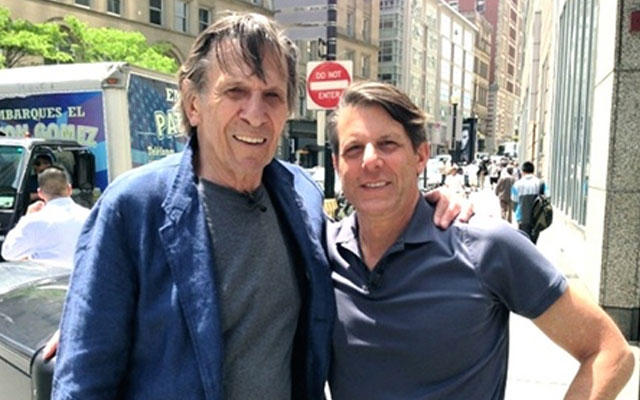 Leonard Nimoy’s son, Adam, is planning a new documentary film titled For the Love of Spock, based on his late father. On the Kickstarter page, launched this week, Nimoy recalls initially brainstorming the film, saying: “Last year, just before Thanksgiving, I approached my dad, Leonard Nimoy, about the possibility of working together on a film about Mr. Spock. I had skimmed through some of the books on the making of Star Trek and felt there was so much more to explore about the birth and evolution of Spock.”

“And the timing seemed right, as the 50th anniversary of Star Trek: The Original Series was not that far away. Dad agreed that now was the right time, and that he was 100% committed to collaborating with me on this project. He also reminded me that we were (then) just days away from the 50th anniversary of the start of production on “The Cage,” the original pilot for Star Trek in which Dad first appeared as Mr. Spock.”

With a wide range of rewards, Nimoy has established a goal of $600 thousand for the campaign, which runs through July 1.

Stay tunes to TrekNews.net for news about the documentary as it becomes available.