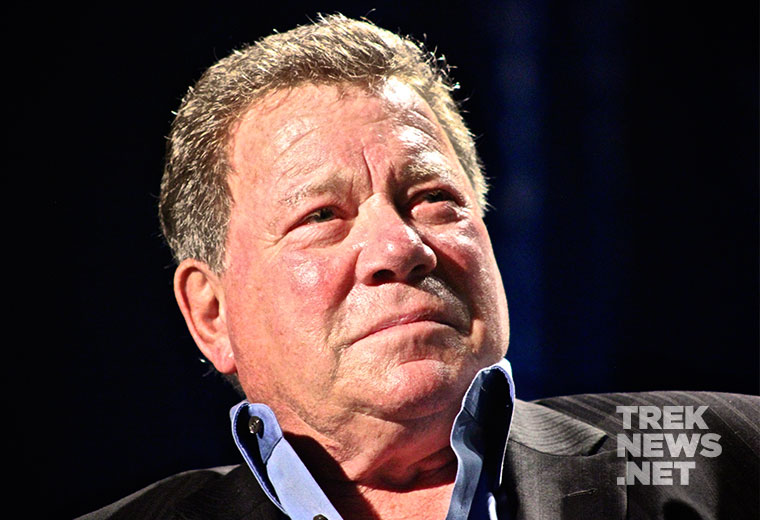 On Thursday night, William Shatner came to Lowell, Mass. as part of Middlesex Community College’s annual “Celebrity Forum.” Shatner, who packed the house, discussed a myriad of topics during the one-hour interview — including the passing of his friend and “Star Trek” co-star Leonard Nimoy, his career, and how he remains so busy at age 84 — on stage with MCC’s Executive Director of Public Affairs Patrick Cook.

The setting for the event, the Lowell Memorial Auditorium, a historic 2,800 seat venue, located 30-miles north of Boston in downtown Lowell. As I walked in, I was welcomed in the lobby area by large poster-size prints that depicted moments from Shatner’s incredible career and a replica Enterprise Captain’s chair, for fans to take photos with. As I entered the auditorium, a dinner was already in-progress, with Shatner sitting at the center table.

The night’s events kicked off right on time, just after 8pm. Following a brief student award ceremony and a highlight reel of his 60-plus year acting career, Shatner made his way through the audience and up on stage.

Cook, a self-described “resident Trekkie,” began the discussion with a look back on Shatner’s life and career, with a special focus on his iconic role as Captain Kirk on “Star Trek.” 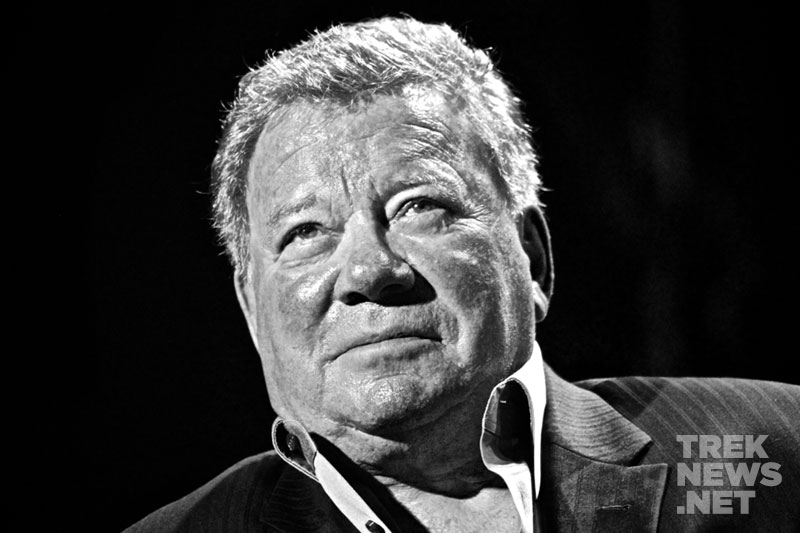 The conversation shifted to the solemn topic of Leonard Nimoy’s death earlier this year. Shatner, talked about meeting Nimoy and how their friendship grew as the years passed. He noted that the bond between actors can sometimes begin as a “shotgun marriage,” as a result of being thrust together on a series or film.

“He and I, with minimal difficulty, became best friends,” Shatner said.

“When a friend dies, half of the experiences and memories you share with them are gone as well.” he said of Nimoy’s passing.

Skirting the topic of whether or not he’ll be in Star Trek Beyond, Shatner talked about how at certain points during the planning of both Star Trek (2009) and Star Trek Into Darkness there were roles for him.

Shifting the conversation to his current projects, Shatner joked that folks from ABC ask him to be on “Dancing With the Stars” every season — even standing up to give a brief demonstration of his ballroom dancing talents. He is also currently working on a pitch for a reality series about a 500-horsepower motorcycle he designed. In addition, he’ll soon be filming a series with “Happy Days” star Henry Winkler, former heavyweight boxing champion George Foreman, and NFL star Terry Bradshaw called “Better Late Than Never.” 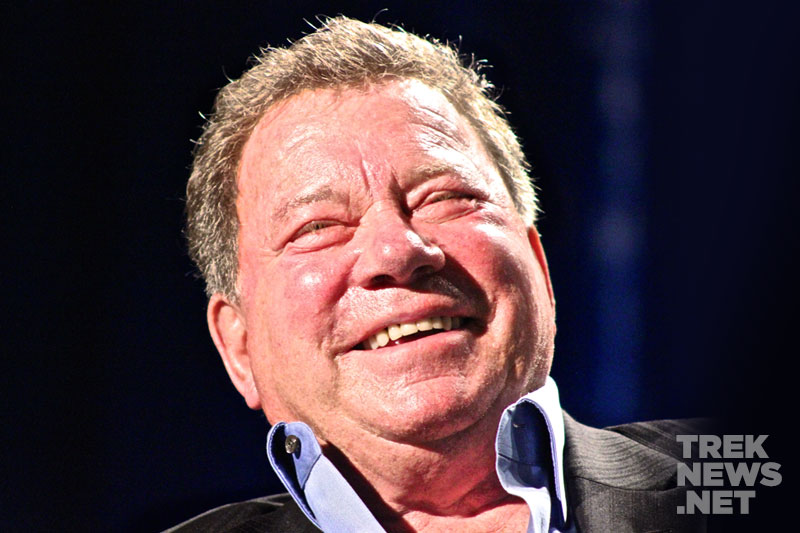 On how he maintains his ever-busy schedule in his 80s, Shatner joked tat he hasn’t had a good night’s sleep in awhile. Also joking that while he lifts weights, as he gets older, the weights are getting “harder to lift.”

When asked what his “final frontier” will be, Shatner referenced his one-man show. Citing part of the show, where the lights lower and the mood gets a bit solemn, “death is the true final frontier.” he remarked. 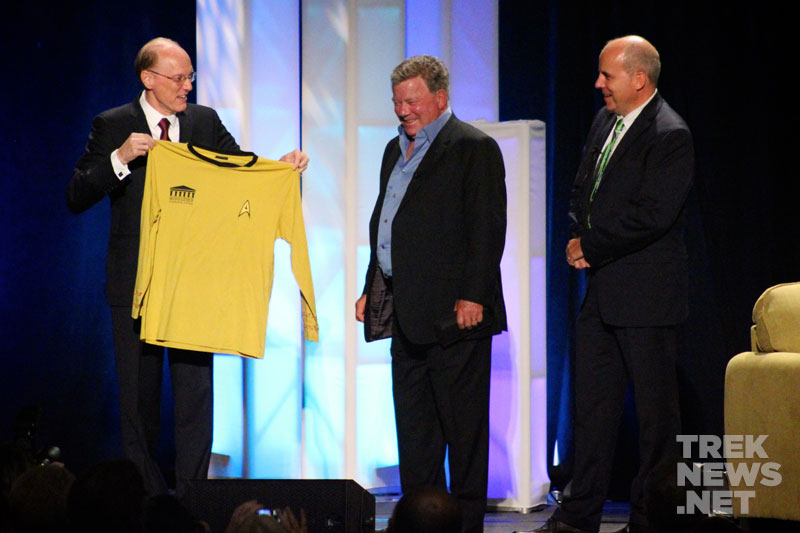 Following the interview, Cook and MCC President James Mabry presented Shatner with two gifts: a box of cigars and a “Star Trek” tunic with the MCC logo.

We covered the entire event live on Twitter, over at @TrekNewsnet.