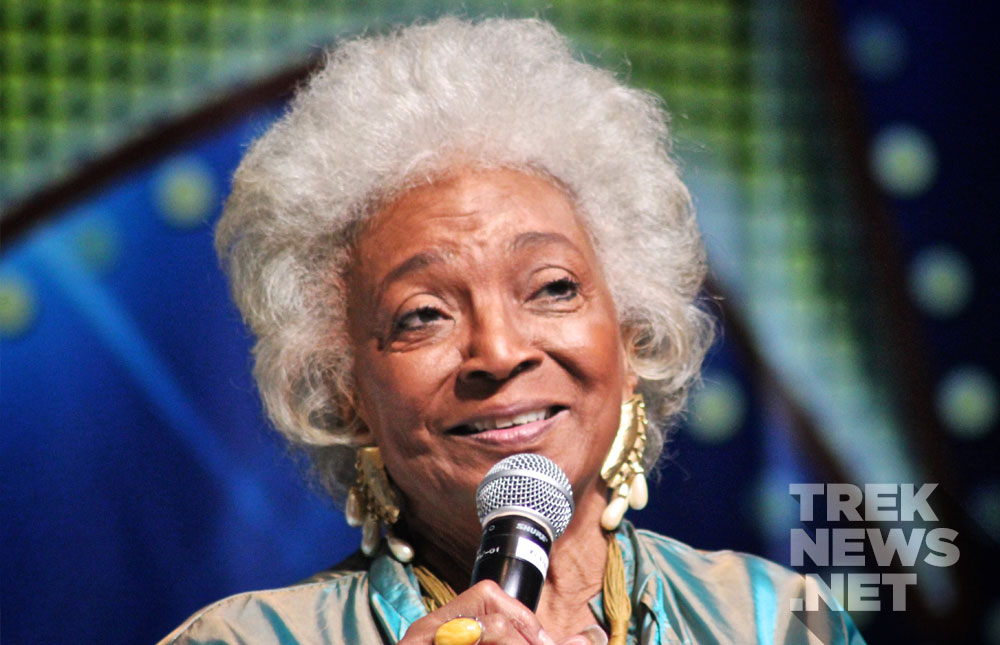 The 82-year-old actress who suffered what was called a “mild stroke” at her California home began an inpatient rehabilitation and recovery program just two days after the scare.

“I am feeling the best that I felt in a very long time,” Nichols told ET. “I am as wild and woolly as I have ever been.” she added.

“Things I can’t deal with and have no say over, I deny them,” Nichols explained. “And strangely enough most times they go away. So this was one of those times.”

Breaking down racial barriers with television’s first interracial kiss, in the third season TOS episode “Plato’s Stepchildren,” Nichols knows she has a fight ahead of her.

Nichols went on to discuss how she has coped with Leonard Nimoy’s death, earlier this year.

“When I got the news that Leonard was gone, I denied it and I was able to survive,” she said. “We were always in touch. [But] you know, I didn’t even know he was ill.”

According to her Facebook page, she plans to get back on the convention circuit as soon as possible, with Miami’s Florida Supercon circled on her calendar, later this month.

We here at TrekNews.net wish Nichols the best in her recovery.