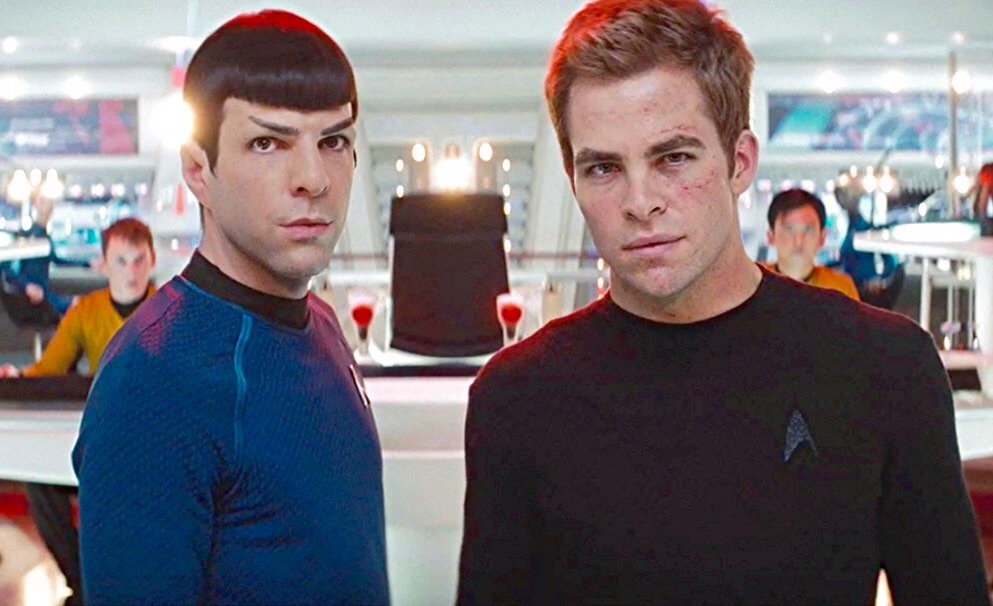 With filming for next year’s release of STAR TREK BEYOND already underway, many fans are wondering where the Star Trek franchise will go after the film hits theaters next summer. Today, we’re hearing news that Paramount and producer-financier Skydance Entertainment recently completed last-minute re-negotiations with the Star Trek stars, that will give the cast a substancial raise.

In addition, sources say that a condition of the raises for Chris Pine and Zachary Quinto grants the studio an option for a fourth film.

According to The Hollywood Reporter, the re-negotiation has added as much as $10 million-$15 million to the budget of the film. Pine, who portrays Captain Kirk, will see a bump from the $600,000 he received for the 2009 reboot and the $1.5 million he received for Star Trek Into Darkness to somewhere in the range of $6 million for the new movie.