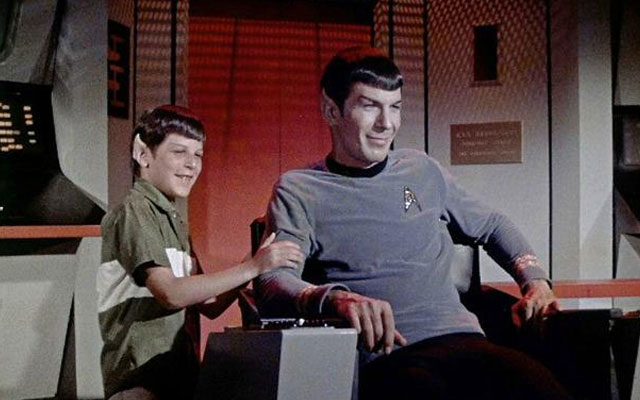 Leonard Nimoy’s son, Adam has surpassed the original goal of $600 thousand, for his Kickstarter crowdfunded documentary For the Love of Spock, based on his late father.

After meeting the original goal, Nimoy urged fans to help meet the stretch goal of $650 thousand “to ensure highest quality” of the film.

Lets STRETCH! We passed our goal, but let's not let up. Help us reach $650k to ensure highest quality. We can do it! https://t.co/Z9A9pAh3xo

And the timing seemed right, as the 50th anniversary of Star Trek: The Original Series was not that far away. Dad agreed that now was the right time, and that he was 100% committed to collaborating with me on this project. He also reminded me that we were (then) just days away from the 50th anniversary of the start of production on “The Cage,” the original pilot for Star Trek in which Dad first appeared as Mr. Spock.

For the Love of Spock will be narrated by Star Trek’s new “Spock” and Leonard Nimoy’s friend Zachary Quinto.

As of this writing, to contribute to the film.

Stay tuned to TrekNews.net for more news and information on For the Love of Spock.

In this article:Adam Nimoy, For the Love of Spock, Leonard Nimoy