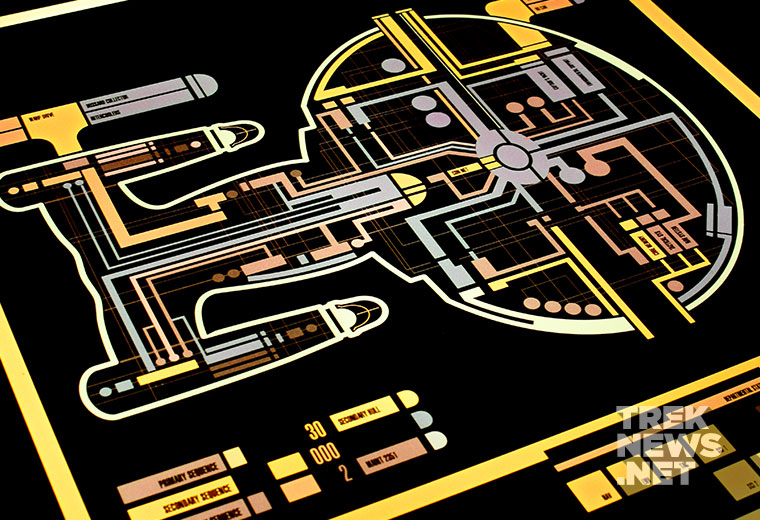 An Ode to the Okudagram

What makes for good TV? What makes a good movie? Is it the acting? The writing? The directing? The special effects? The music? You would be right if you said any one of those things and you would be even more right if you said it was a combination of all of those things. But I would submit to you that even beyond all of these very legitimate factors, the thing that most grabs an audience (and certainly me) is the feel of a TV show or a movie. It’s by definition an amorphous concept, a nebulous and intangible thing that often means completely different things to different people, the only constant that it has is that it definitely means something to someone.

My fandom with Star Trek began with The Next Generation. I remember growing up and watching it in syndication. Of course, I was too young to really understand and appreciate much of the dialogue and many of the messages that the episodes had. For my 6 year old self, I just thought that it was so cool that I could travel aboard a starship every week and traverse the stars from the comfort of my parents’ living room. There is one facet of the starship that I remember being explicitly drawn to: the Okudagram. We actually first see an example of the Okudagram aboard the bridge of the newly christened Enterprise-A at the very end of Star Trek IV: The Voyage Home.

The first appearance of the Okudagrams as seen in Star Trek IV: The Voyage Home 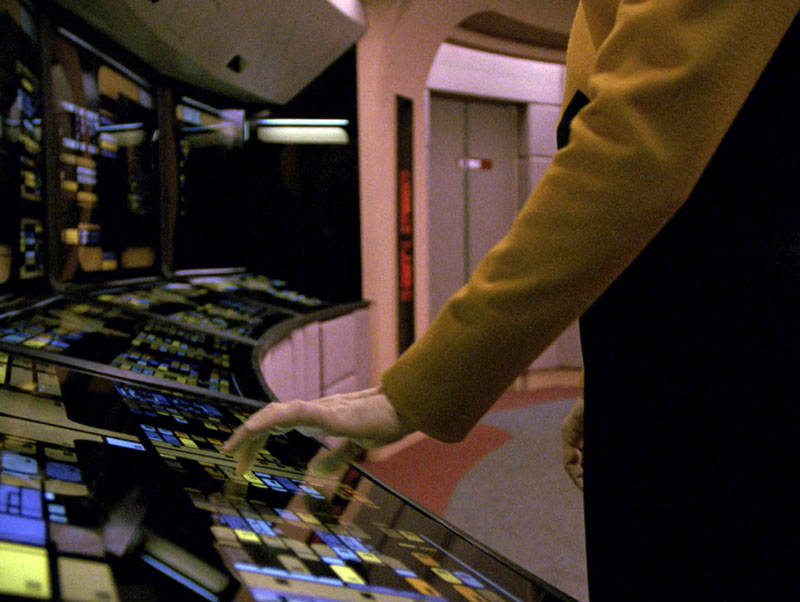 The Okuda-what, you say? The Okudagram is the affectionate affectation that’s been given to the displays that were created by production designer Michael Okuda and his team over at Paramount and now has become virtually and visually synonymous with an entire “generation” (see what I did there?) of Star Trek. And what exactly were these Okudagrams? From anyone who has watched even only a few minutes of Trek during the 1990s, you would immediately recognize them most famously as the display for LCARS (or the Library Computer Access and Retrieval System), the Federation’s standardized computing interface model. They often say that necessity is the mother of innovation and that phrase is as apt as any in describing the evolution of the Okudagram. They needed a quick way to convey a futuristic interface that was no longer reliant on the old switches and buttons from the original series. Okuda correctly extrapolated that the future should be one that relied upon touch screen technology. 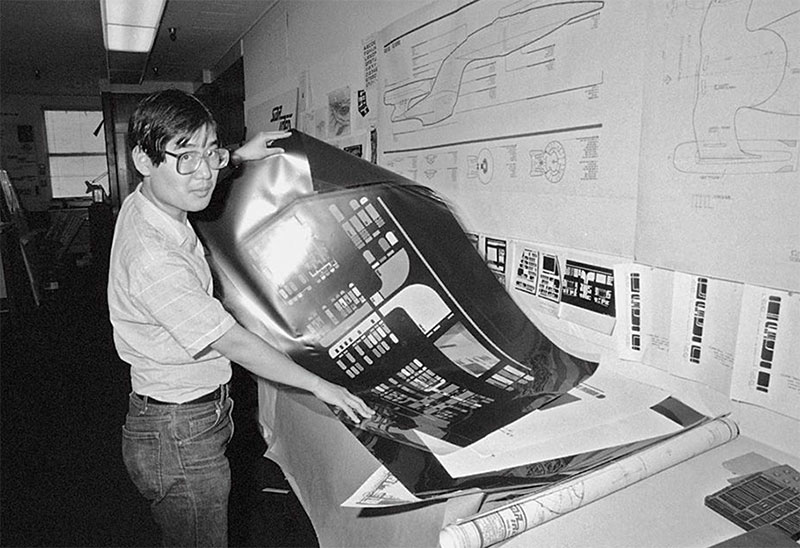 Of course, the Okudagrams would reach their zenith during The Next Generation and in subsequent series including Deep Space Nine and Voyager. With their prominent use aboard every Starfleet ship, shuttlecraft, runabout, colony, or base, it became the defining visual motif for the Federation in the 24th century. In time, the Okudagram would also be adapted for use in Klingon, Cardassian, Romulan, and many other “alien” displays.  One of the most intriguing things behind the longevity of the Okudagram is its ability to act as a “visual shorthand”. The bright colors and the geometric shapes act to immediately capture the eye and hold them. This was important in the era before HD televisions, when television was analogue, shown only in standard definition, and often came in through antennae. With the Okudagrams literally lighting the way, the appearance of a dynamic futuristic interface could be achieved for the average television viewer. This was made possible because the Okudagrams were originally constructed by creating underlying designs which were cut out of black film and then backlit with colored light filters, otherwise known as “gels”. These colorfully lit designs were also much cheaper financially and far less time-consuming to make then the actual mechanical controls with buttons, flips, dials, and switches seen in previous Trek iterations.

The most well-known Okudagram design: the standard LCARS display seen during the seven season run of The Next Generation 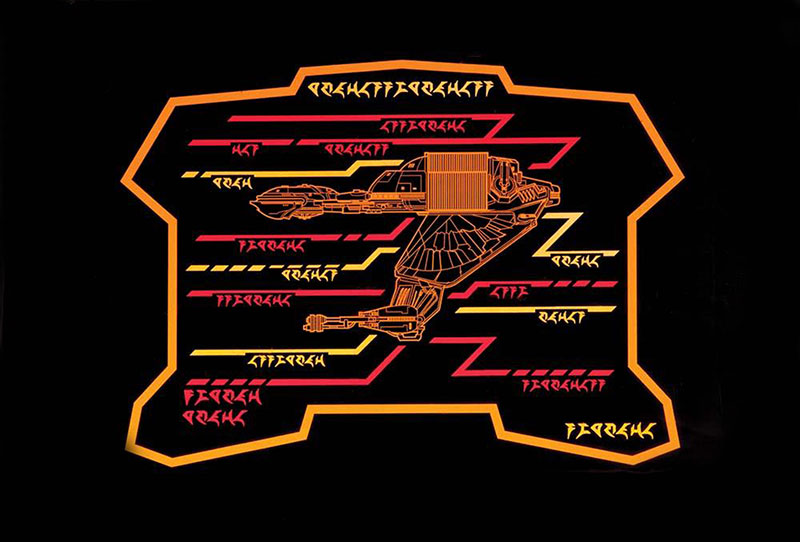 Of course, as time progressed, the actual use of manually cut-out black film was phased out in favor of computer generated printouts that were paired with actual video screens. As I grew up, I eventually realized that LCARS / Okudagrams certainly don’t make the most usable user interface (or UI). Just try and use any of those modern day iOS or Android LCARS apps! But that was never the actual purpose. Rather, the purpose was to create a believable technological aesthetic for the future, but on a modest budget for a syndicated television show in the 1980s. That we’re still talking about it today is testament to the fact that when creative vision is tempered by real-world constraints, amazing things can happen that eventually become part of an enduring legacy.

Michael Okuda has moved on to become a prolific designer in and out of science fiction and Star Trek, including designing patches for various NASA missions. But at least in my mind, he will always be remembered as the person who helped a young fan growing up visualize a futuristic world with awe and amazement. So more than a quarter century after The Next Generation aired, I raise my glass of Romulan ale to you Mr. Okuda for helping to create a small piece of the future that I still envision and cherish to this day. Cheers!

In this article:Denise Okuda, Mike Okuda, Star Trek: The Next Generation