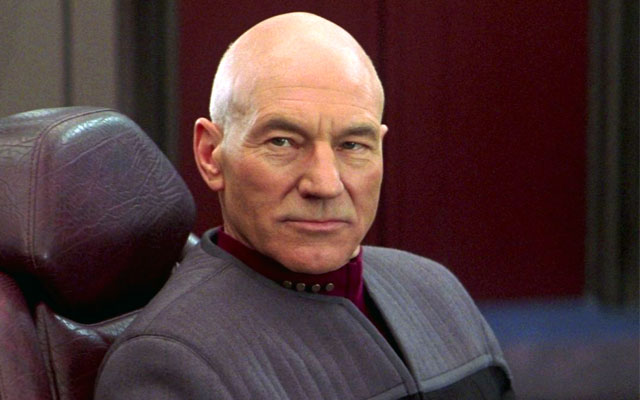 Stewart, who appeared at the Las Vegas Star Trek convention and attended the premiere of his new show “Blunt Talk” in Los Angeles last week, stopped by HuffPost Live on Wednesday.

“I wish that politicians would spend more time watching ‘Star Trek: The Next Generation,’ because unlike my predecessor, Captain James T. Kirk, Jean-Luc Picard believed first and foremost in negotiation,” Stewart said. “He was a diplomat before he was a warrior — talk, talk, talk and keep on talking. And I think that would be a great message for the world to absorb because people don’t have to die to achieve a satisfactory solution to anything.” he added.