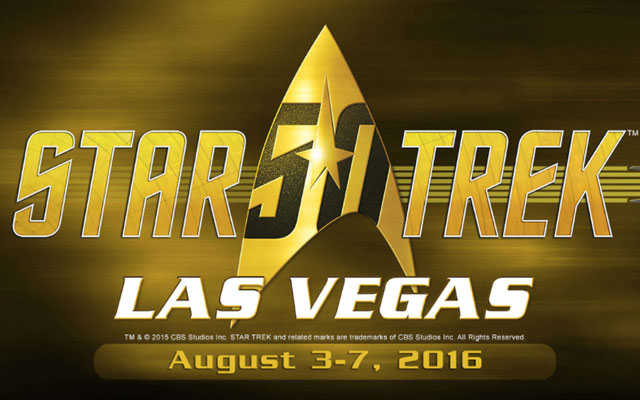 Creation Entertainment has announced the first batch of (tentative) guests for next year’s Official Star Trek Convention in Las Vegas. The event, which expands to five days to celebrate the 50th anniversary of the franchise, takes place August 3-7 at the Rio Suites Hotel.

“This event has always been uniquely innovative and in tune with what the Star Trek fan wants and expects. Every attendee, no matter what their ticket price, has a chance to see all the stars when they want to without fear of waiting or not getting in,” said Adam Malin, Co-CEO of Creation Entertainment in a press release. “It’s the ultimate space where like-minded folks can meet the franchise stars, argue trivia, look at the scientific and philosophical pop culture impact of the brand and of course make friendships that have lasted generations.”

Stay tuned to TrekNews.net for all the news and information related to the 2016 Las Vegas Star Trek convention.