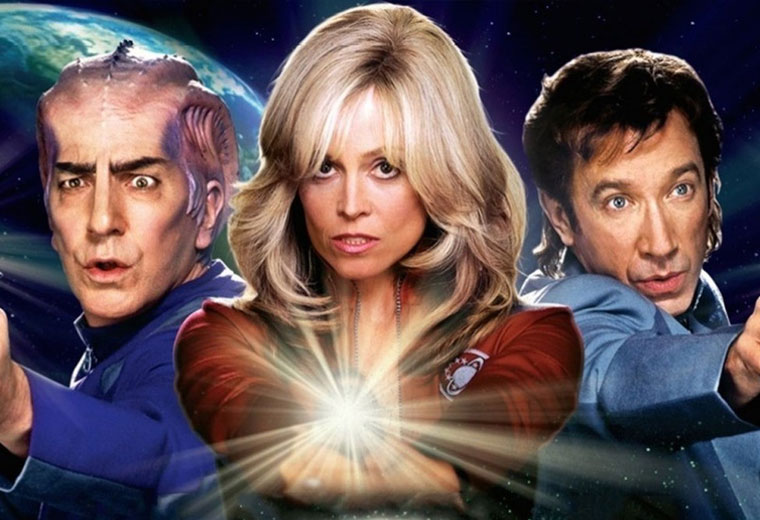 “Galaxy Quest” Getting An Online Reboot

The much-beloved 1999 sci-fi comedy is getting a revival in the form of a online streaming television series.

In partnership with Paramount Television, Amazon Studios will develop the new “Galaxy Quest” series. While it’s unclear if the stars of the original film (Sigourney Weaver, Tim Allen, Alan Rickman and Sam Rockwell) will reprise their roles, director Dean Parisot, writer Robert Gordon, and producer Mark Johnson are all on board.

According to EW, the development of the show is only in early stages.

For those unfamiliar with the concept of the original film, “Galaxy Quest” was a parody of the “Star Trek” franchise and its fandom. The actors from a similar series — now making a living through re-runs and sci-fi conventions — find themselves abducted by aliens and forced to fly a real starship.