The fan-produced film “Star Trek: Renegades” makes a valiant effort to be a good movie. In some aspects it works, and in others it really doesn’t. Full disclosure: I went into the movie almost blind, having only watched the trailer and done minimal research, so my views are partially colored by that. I do not recommend this. Look up plot and character summaries before watching, or you’ll get lost.

Directed by Tim Russ, Voyager’s Tuvok, Renegades stars familiar faces like Walter Koenig as Admiral Chekov, Manu Intiraymi as Icheb, and Robert Picardo as Dr. Lewis Zimmerman. For a summary of the plot and to view the trailer, see our earlier article here.

Let’s break it down a bit by category. Some of the effects, particularly space shots and views of the ships, look amazing. The ship designs of the Icarus and the Archer are beautiful. The space battles in general look good, too. It does gradually become obvious that this is a fan film with a limited budget, which is important to keep in mind when judging this. A lot can be forgiven for that reason. Between the good effects with the ships, and some of the cringe-inducing smaller effects, it about evens out. It’s not a homerun, but not a disappointment. 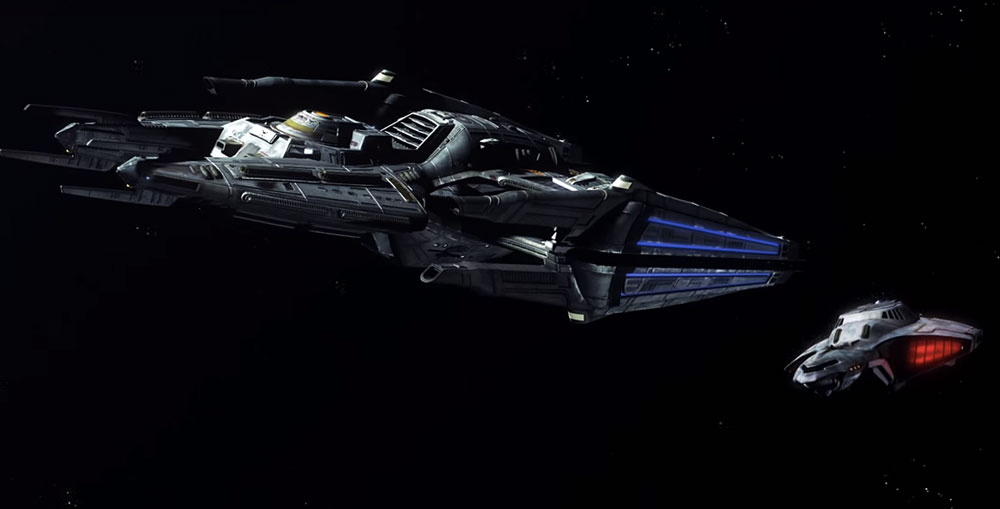 Set and character design, including wardrobe and make-up are pretty hit and miss as well. The interiors of the ships are mostly believable and consistent with the style of other Trek series. Some of the sets, like Chekov’s office, could use a bit more work. The villains’ design and make-up is well done and creative. With some characters, like the Romulan assassin T’Leah, they may have run out of time or money to do much other than slap on some pointy ears and eyebrows. 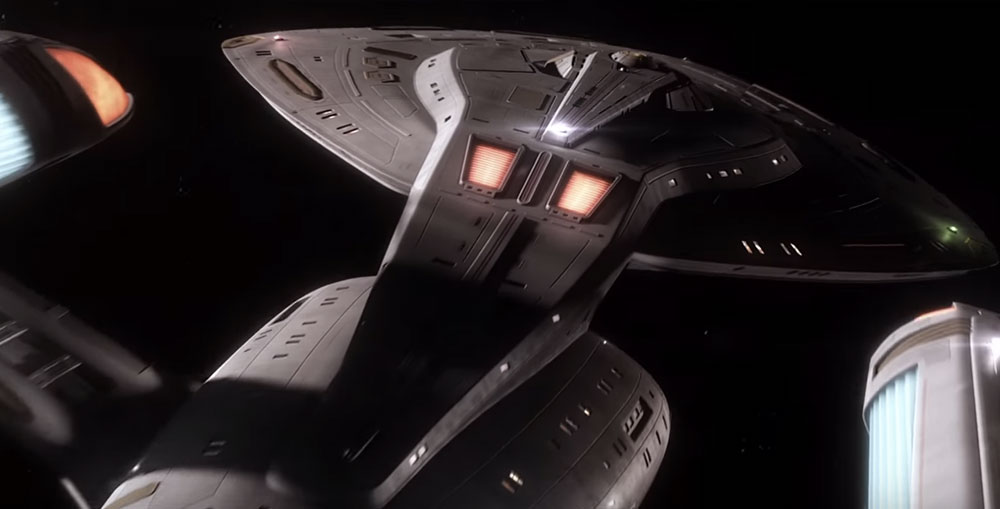 The characters and execution of the plot are where this movie falters. This is where they had a chance to truly shine and say something meaningful. Good characters and a compelling story can overcome even the smallest of budgets. Much of the dialogue consists of the characters speaking almost entirely in exposition. While we do have a limited time to get everything we need from them, there are still better ways. The axiom “show, don’t tell” wasn’t foremost in the writers’ minds. Overall the ensemble cast is relatively diverse in age and is even by gender, which is a good move. Some of the dialogue is genuinely well written, but this is another instance when it vacillates back and forth between quality and amateurism. 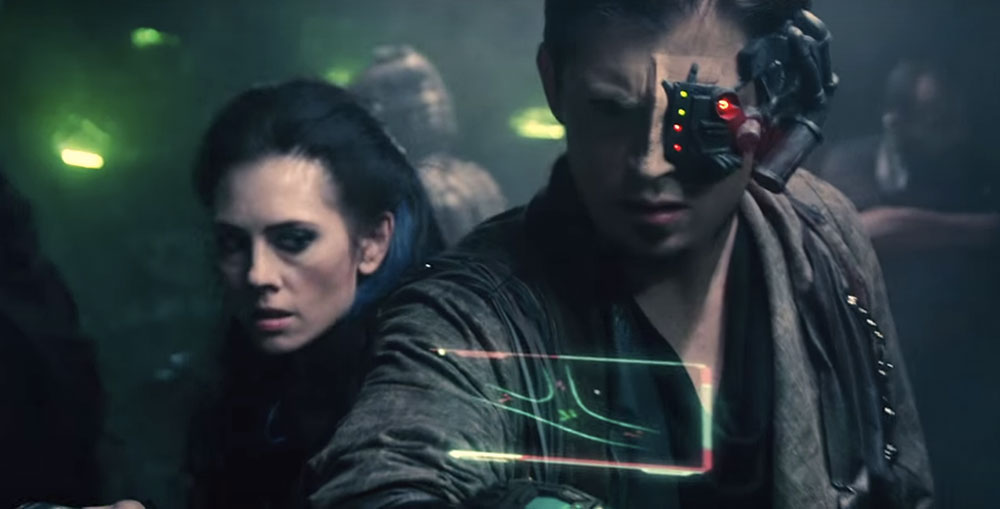 We don’t get a chance to learn much about even the main characters, like Captain Lexxa Singh. Lexxa is apparently a descendent or the daughter of Khan Noonien Singh, which… how? Presumably she must have been conceived at some time between “Space Seed” and “The Wrath of Khan,” but that’s still a fair number of years ago.

Some of the alien characters come across as caricatures of their race. The Bajoran, Jaro Ruk, is defined almost entirely by his hatred of Cardassians. He even offers to sell out the others if he can kill Garis, their Cardassian crewmember, himself. 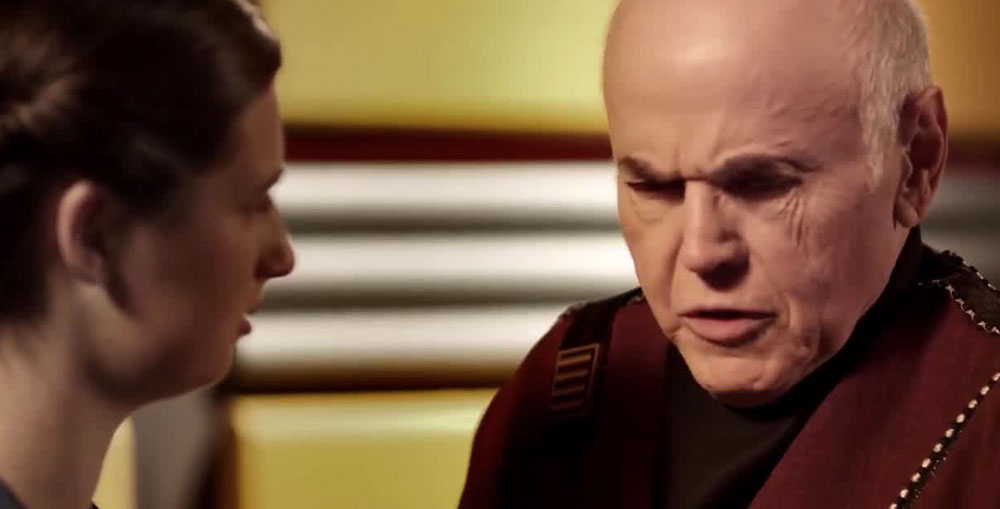 Walter Koenig’s acting skills make up partially for the absurdity of some of his lines. In the beginning of the movie he is literally just speaking the main premise out loud to Tuvok and outlining what their mission must be. The Federation must be saved from Borrada, who is destroying planets… somehow. How the portals work isn’t entirely clear, and Borrada’s sole motivation and characteristic is the desire for revenge on the Federation for destroying his people. It is never explained how or why the Federation sent them a portal. At one point a character mentions that the Federation didn’t exist when it supposedly happened, but that never really comes up again. The final half of the movie is a bit of a mess. I had to stop, look up plot points online, and even after that I don’t entirely understand how everything wrapped up. The basics are there, but maybe not in the right order. At its heart the plot is solid and makes sense, but it could have been executed more carefully.

There are some other issues, which may have resulted from carelessness rather than bad intentions. When Tuvok is recruiting Lexxa, she spits out a mention of the rape gangs she dealt with when Section 31 abandoned her. This is problematic because a traumatic experience like rape is used as shorthand to imply that she’s tough. We never see her mention it again or deal with it in a meaningful way. This minimizes the seriousness of the crime, and in a way dismisses it. It’s a plot device and nothing more. 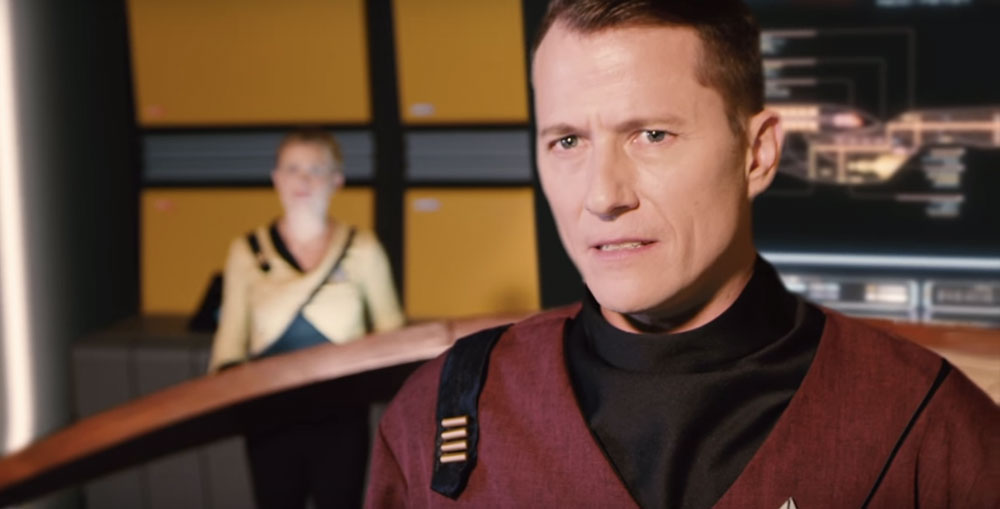 There are some racial issues with this movie, too. Roles that could have gone to actors of color, like captains Alvarez and Singh, are whitewashed. Think Benedict Cumberbatch as Khan in STID. Other than Tuvok, the only black actors are the villains, which has some troubling connotations. We do see significant alien diversity, true, which is good. The crew of the Icarus isn’t inexplicably mostly human.

Renegades had an excellent opportunity to push the envelope and step out in true Star Trek fashion. They could have been bolder with casting choices and with the plot. There isn’t really a central message to it. No themes of exploration or boldly going where no one has gone before. They had the chance to say something meaningful, which Star Trek excels at, but they didn’t. This plot could easily find a home in any sci-fi franchise. But, on the other hand, they are keeping the franchise in the forefront. Their efforts show the studios that we want a new series and are willing to put our time and money into it. So, in the end, Renegades is a positive thing. It reminds us of the world and characters we love, and will inspire others to keep going with their own projects.