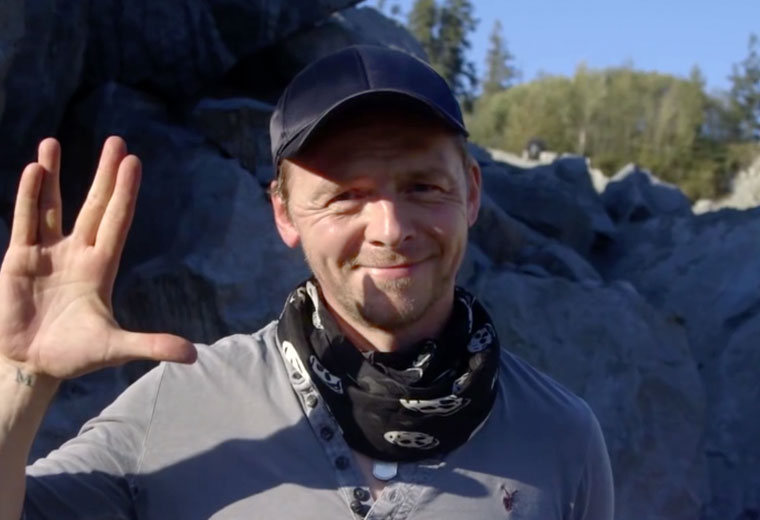 The latest video released by Omaze to promote the final hours of the Star Trek: To Boldly Go fundraising campaign, hosted by Simon Pegg, features outtakes from the filming of the video series along with a conspicuous appearance of what looks to be the head prosthetic of a potential new alien race.

A new alien race in “Star Trek Beyond”?

The campaign offers fans a chance to visit the set of “Star Trek Beyond,” which is currently in production, and boasts a grand prize of winning a cameo in the film.

For more information on the campaign and the non-profit organizations it supports, you can visit the Omaze website.

In this article:Simon Pegg, star trek 3, Star Trek Beyond