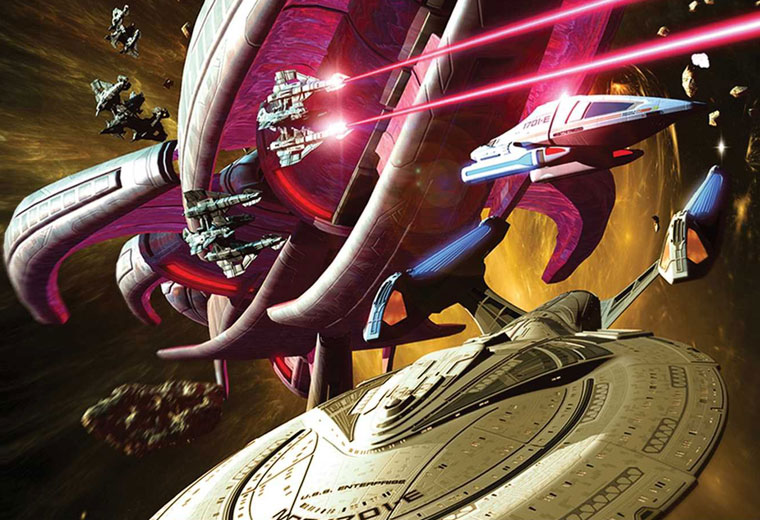 Picard and the crew of the Enterprise-E have been dispatched to a never-explored region of space, where they hope to encounter strange new worlds and civilizations. Business as usual, right?

But for those of us who have been following Pocket Books’ post-Nemesis adventures of the Enterprise-E, it has been years of war, conspiracy and political strife. And not just years in terms of the crew’s fictional lives—the readers have been immersed in novel after novel of dark, gritty Trek. In the 2013 five-book cycle, The Fall, the Federation president was assassinated on Deep Space Nine, driving the UFP to the brink of all-out war with the Typhon Pact, a dark counterpart to the Federation comprised of the Romulans, the Breen and several other nefarious powers. Dayton Ward wrote the last book of The Fall cycle, titled Peaceable Kingdoms. In the last pages, after the day was won, Admiral Riker (you’ll have to read the books) gave the following orders to his former captain: “Go see what’s out there, Jean Luc.” Since reading those words, Trek book fans have been waiting on the promise of old school, optimistic exploration books.

“Armageddon’s Arrow” is the book that delivers on that promise. 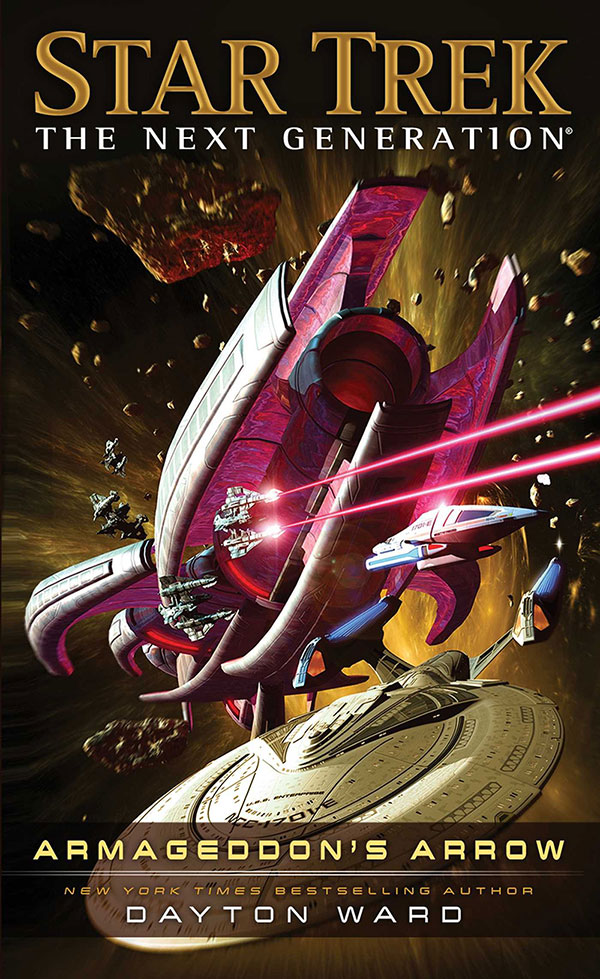 An all-new novel of The Next Generation expanded universe from the New York Times bestselling author!

It is a new age of exploration, and the U.S.S. Enterprise is dispatched to “the Odyssean Pass,” a region charted only by unmanned probes and believed to contain numerous inhabited worlds. Approaching a star system with two such planets, Captain Jean-Luc Picard and his crew find a massive alien vessel, drifting in interstellar space for decades. Sensors detect life aboard the derelict—aliens held in suspended animation. Thought to be an immense sleeper ship, the vessel actually is a weapon capable of destroying entire worlds…the final gambit in a war that has raged for generations across the nearby system. Captain Picard is now caught in the middle of this conflict and attempts to mediate, as both sides want this doomsday weapon…which was sent from the future with the sole purpose of ending the interplanetary war before it even began! 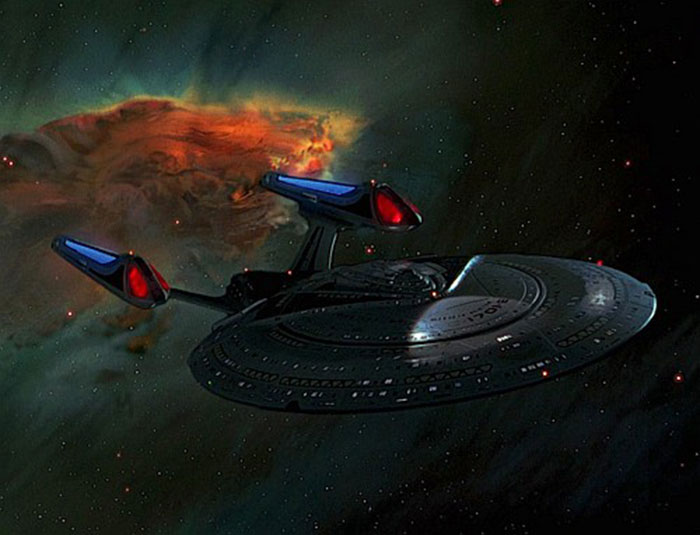 In addition to getting us back to the business of exploration, “Armageddon’s Arrow” is that rare and welcome Star Trek story that avoids mustache-twirling, black hat villains. Instead, Ward gives us different parties with opposing agendas that pit them against one other. All sides contain reasonable people who are on a road to conflict they just don’t know how to turn off of. And when the proverbial crap hits the deflector dish, Ward crafts top notch action sequences in the form of ship-to-ship space battles and a thrilling phaser duel between the away team and the alien aggressors.

The book also does a good job showing the main crew shepherding in the next, next generation with nice mentoring moments between Picard and Security Chief Smrhova, plus Worf and Science Officer Elfiki.

Dayton Ward creates a masterful puzzle with time travel, a superweapon, and two reasonable societies locked into a resource war they don’t know how to end. Add to that the Enterprise crew, desperately trying to uphold the Prime Directive, preserve the timeline, mediate an age-old war, and to get out of the situation alive. Ward avoids using time travel clichés and finds a creative, unpredictable way to resolve the paradox. He also leaves a dangling thread in the form of Taurik’s discovery of forbidden future knowledge, apparently to be addressed in his next TNG novel.

The book opens with alien characters and a setting that we are unfamiliar with and not invested in. It stays there for two long chapters, dousing the reader with technical detail unnecessary to drive the story, and descriptions of characters who appear once and then never resurface in later chapters. This section dragged and should have been reduced to the bare essentials needed to advance the story.

Like other TNG books, this one is overwrought with new “Lower Decks” characters. With the strong, distinct characters of Riker, Troi and Data (yes, he lives again) having moved on, it makes perfect sense that new characters be introduced to fill the void left by those three. The trouble is, the TNG books have given us nine indistinct characters to replace them. Ward offers up a handful of nice moments, but I generally find these characters to be just talking heads delivering plot exposition, without personal motivation or distinct personality (T’ryssa Chen being the only consistent exception). The TNG book writing staff needs to do some soul searching and thin out the heard, selecting a few of these nine sorta-red-shirt characters to really sink their teeth into, so that the reader can do the same. 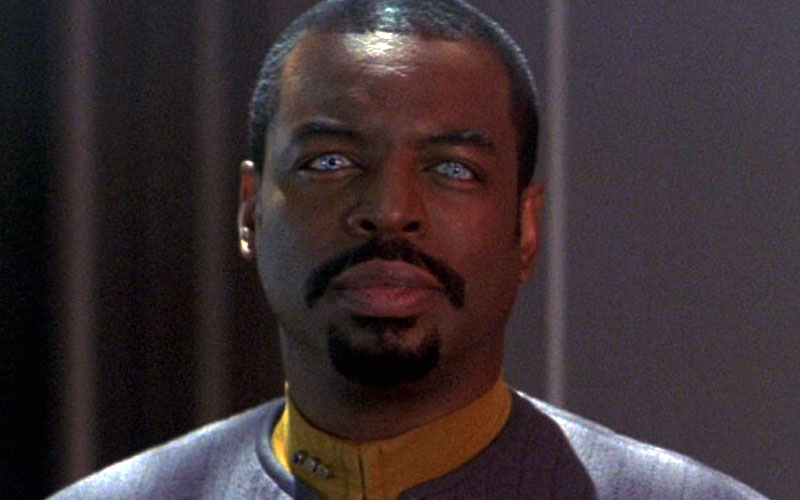 Given Picard and Crusher are now married with a son, and Worf is living the life of a warrior monk after losing a third lady love to violent death, only Geordi LaForge is in a dynamic situation. But Ward, in keeping with the long history of the franchise, does not take advantage of the Geordi card. The book announces that Geordi and his girlfriend, Dr. Tamala Harstad, are now living together. But Harstad, like so many other new characters, has no personality to speak of, beyond having a virtual sign around her neck that reads “Geordi’s girlfriend.” Meanwhile, this is LaForge’s first real relationship in decades. They just moved in together. How set in his ways must he be? This is a golden opportunity to create relationship conflict and grow both characters, and I wish Ward would have taken advantage of it. Also, Geordi is now third in command of the ship (filling Data’s old spot as second officer). He should be given some TOS-style, Scotty-on-the-bridge-in-a-crisis moments, where we can meet the man as a true commander. Voyager showed LaForge as a future captain in the episode “Timeless.” Building a bridge to that possible future would be a great way to make his character dynamic, making an old favorite new again.

Lastly, I found that most of the newer alien crewmembers were alien in name only, with utterly human personalities and sensibilities. It would be great to see “outsider” perspectives on the ship, a lá Data and Worf in the old days. Glinn Dygan, the Cardassian exchange officer, is a gold mine of opportunity to achieve this, and I hope they choose to focus more on him in future books.

“Armageddon’s Arrow” reaches a very satisfying ending that is refreshingly optimistic. I do wish the book had been stronger on character and had showcased only a few of the newer officers. While the book was too front loaded with exposition we were not invested in, ultimately most of that exposition paid off in a masterful third act that more than made up for any slowness in the first act.

Once the shots are fired and the action kicks into high gear, I defy anyone to put this book down voluntarily. Dayton Ward finally puts the Enterprise back on track and makes a powerful statement about the nature of war that, at its core, is pure Star Trek.

“Star Trek: The Next Generation: Armageddon’s Arrow” is now available on Amazon. 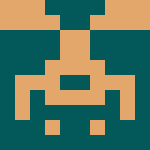