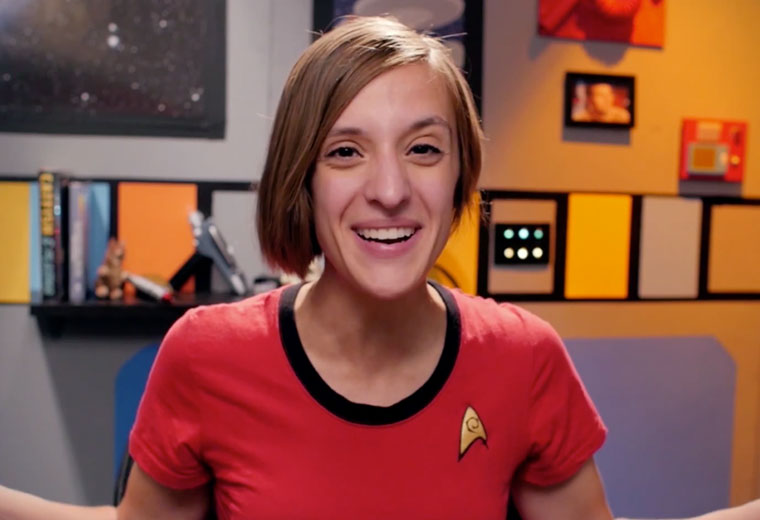 Ashley Robinson as Ensign Williams returns in the second season premiere of the comedic Star Trek fan series “The Red Shirt Diaries”. Following a successful IndieGoGo campaign, the series has received some major aesthetic upgrades, including exterior space CGI clips, not seen in the first season.

In “The Menagerie, Part 1”, Ensign Williams, newly promoted to the Enterprise landing party and residing in some swanky new quarters, is guarding something for Mr. Spock. Find out what it is in the video embedded below.

All ten first season episodes of “The Red Shirt Diaries” are available in the links below.

Stop by TrekNews.net every Monday for a new episode.