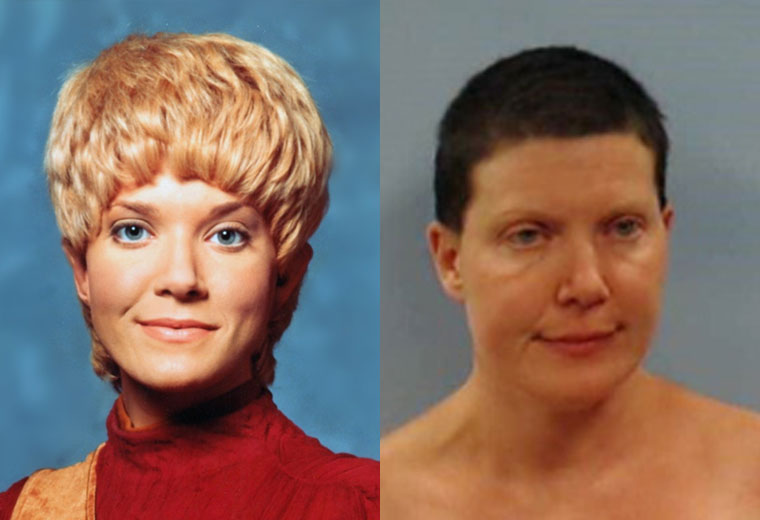 Jennifer Lien, who played “Kes” the Ocampa medical assistant in the first three seasons of “Star Trek: Voyager” was arrested on September 3 for indecent exposure.

Lien, who recently turned 41, was arrested at her home in Harriman, Tennessee on September 3. According to deputies, Lien had an active warrant in Roane County on two counts of exposing herself to a child under the age of 13.

In a strange twist to an already unsettling story, while delivering a Detainer Summons, Lien allegedly yelled to the deputies to come in after they arrived at her residence. Deputies said Lien was on a couch only covered by a blanket. When they told her about the warrant, Lien is said to have told the deputies that they needed to leave her alone. After repeatedly asking her to put on clothes, Lien is said to have them she would have all of them shot and killed, according to the police report.

With a bond set at $2,500, she is currently at the Roane County Detention Facility.

We’ve embedded the report from WATE 6 below.