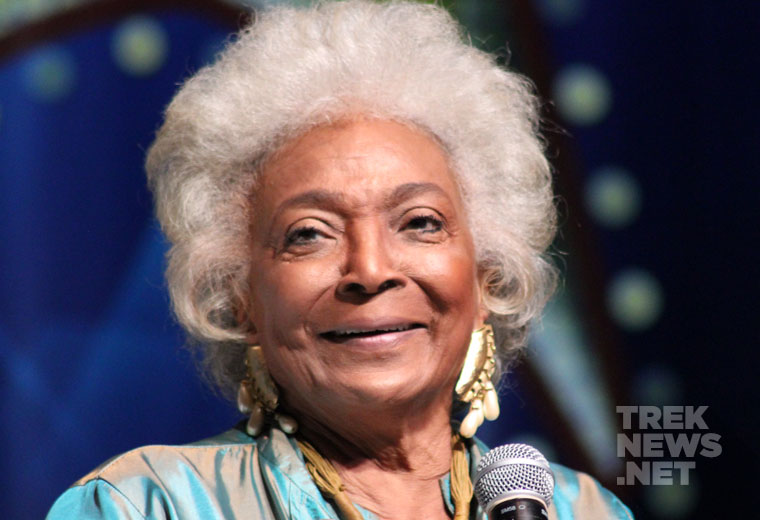 Nichelle Nichols has been on the radar lately for the news that she’ll be joining a NASA mission on September 15th as she rides along on the SOFIA airborne observatory. We at TrekNews.net recently had a chance to ask Ms. Nichols some questions about the upcoming mission. We were also able to talk with her about her history with NASA, her opinions on space exploration, what else she has been up to recently, and of course her iconic “Star Trek” character Lt. Uhura.

TrekNews.net: Your upcoming NASA mission sounds exciting. Can you tell us what you’ll be doing?

Nichelle Nichols: I’ll be doing just as much as they’ll let me do! Down to trying to get my hands on the telescope controls like I did the first time!

This time, though, the technology is sure to be a lot different! I will be answering fan questions on social media, from the flight! I’ll be relaying questions to NASA personnel, and trying to get picture and video clips of whatever I can. One of the people on the flight is even bringing a brand new 360 degree camera onto the flight to share the experience with everyone back home like you were really there. It will all be hosted on my blog and social media site, during and after the flight.

It’s there, and it belongs to us to explore. We finally have access to the future.

TrekNews.net: You’ve gone up before, too, I believe? What was that like?

Nichelle Nichols: I was up in 1977, Kuiper telescope. I was actually able to operate the telescope. Forget all my years aboard a ‘starship’ — I still had to earn the right to operate NASA equipment. I had to disarm a skeptical scientist with my charm and curiosity and then, with three quick jerks of the joystick, captured the target in the telescope monitor’s crosshairs.

TrekNews.net: Why are you so passionate about space exploration?

Nichelle Nichols: Because it’s there, and now is the first time we have access to it. This is the first time we’ve had this technology. It’s so fascinating that it’s even possible, we have a duty to keep pushing the limits. I’m very excited and amazed to be here in a time when we can experience that in person, or even from afar. It’s there, and it belongs to us to explore. We finally have access to the future. 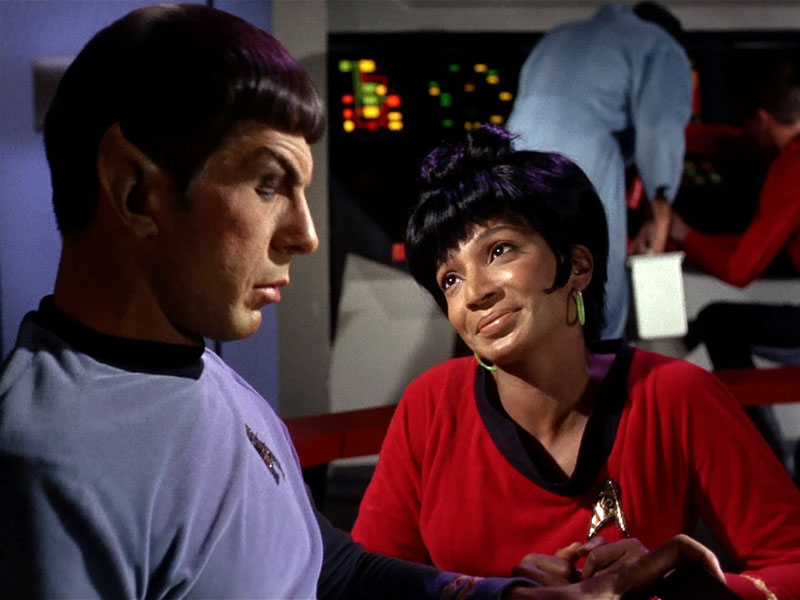 TrekNews.net: You have also done recruiting work for NASA, focused on getting women and minorities to join the agency. Tell us about that.

Nichelle Nichols: NASA approached me due to status as a role model for young minorities across the country. They saw me as some kind of a symbol of what minorities and women could do in the future. I agreed to help them on one condition: when I found these candidates, and could prove they were absolutely 100% qualified, they had to hire them. This wasn’t a PR stunt to show they were trying, they actually had to make the change real and hire these young recruits into the space program. And they did promise me that. Every one of the recruits I brought forward went to have fantastic careers, including the current NASA Administrator.

TrekNews.net: Why do you think it’s so important to have a diverse group of people in space?

Nichelle Nichols: Because we are diverse. Earth is diverse, the future is OURS, meaning all of us.

We all knew this was the beginning of something that was going to change television.

TrekNews.net: Speaking of diversity in space, your role as Uhura on “Star Trek” was groundbreaking for the time. Did you know going in what it would mean? 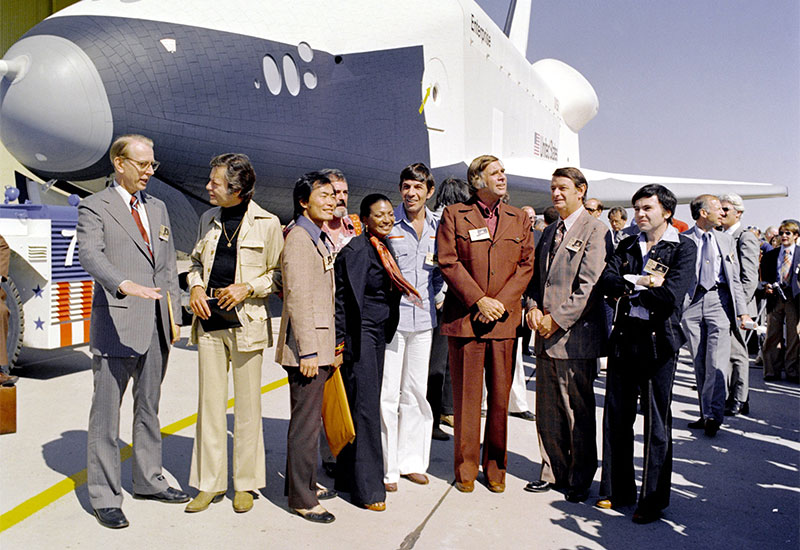 Nichols, Star Trek creator Gene Roddenberry, and most of the original series cast at the space shuttle Enterprise rollout in 1976
(Credit: NASA)

TrekNews.net: Has it been hard at all to be a role model for so many women and women of color, or do you enjoy it?

Nichelle Nichols: I don’t find it difficult. I enjoy it to the degree that I have been given the opportunity to represent some large part of humanity, and look to the future. The future is closer than we think, and I can reflect that. I can have fun with the fact of it. I love it, the future is ours.

TrekNews.net: Do you have a favorite Uhura moment?

Nichelle Nichols: Any time Uhura got to go to the planet! She was the communications officer, who do you think you want on the ground when you’re meeting aliens for the first time?

TrekNews.net: Great point! Are you working on anything else recently?

Nichelle Nichols: I’m a very busy lady! Apart from my travels to conventions, I’m a large advocate for charities that are near and dear to my heart. I am currently working with the Planetary Society on a series of videos and online promotions to raise awareness of space exploration, and the Technology Access Foundation that works to get more minorities and women into STEM fields. I’m supporting them both by helping raise funds and awareness through StarPower, where I’m giving away tickets to events, Star Trek memorabilia, and sharing new content with fans.

TrekNews.net: Is there a message you’d like to leave us with, or anything you want to say to our audience?

Nichelle Nichols: I’ll be there representing you. You represent me. This is a gift to me, it’s my responsibility now to live it and present it back to all of you. I’m so honored It’s a great responsibility and a great gift.

There you have it. It sounds like Nichelle is staying busy and doing good work. We admire her dedication to the ideals of Star Trek and her work to help make them a reality. Check out her Twitter account @NichelleIsUhura, and her Star Power page for updates. We would like to thank Ms. Nichols for taking the time to chat with us and for her continued involvement in the Star Trek fan community.

In this article:Interview, Nichelle Nichols, Star Trek: The Original Series