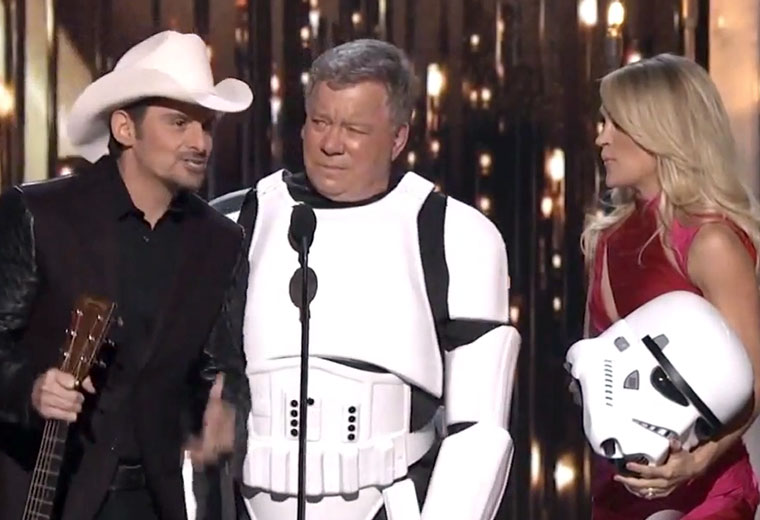 The comedic segment went down during the opening segment, as the original James T. Kirk joined hosts Carrie Underwood (whom he referred to as “Carrie Fisher”) and Brad Paisley on stage.

You can watch the clip embedded below.

The next Star Wars film “Episode VII: The Force Awakens” is scheduled to hit theaters on December 18.