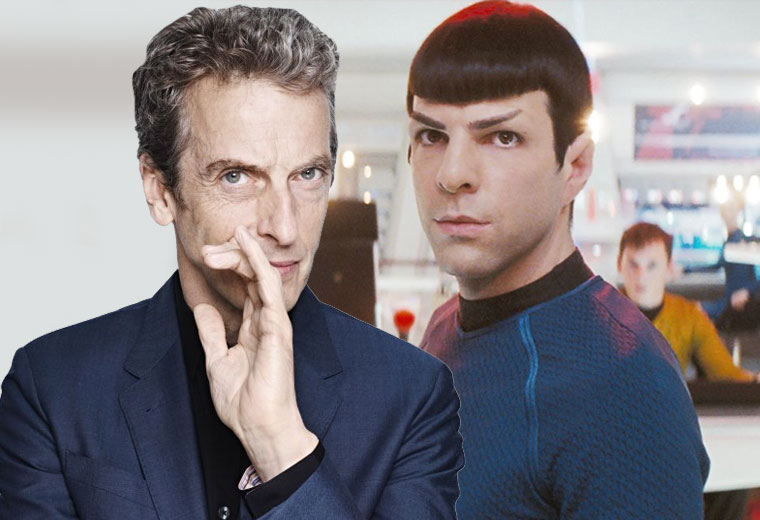 Star Trek + Doctor Who? Steven Moffat Says "I'd do it in a heartbeat"

For decades, there has been a lot of crossover between the fandoms of Star Trek and Doctor Who. What about an on-screen blending of Trek and Who? In a recent interview, Steven Moffat — who has worked as showrunner on Doctor Who since 2010 — said he would do it “in a heartbeat”.

Although, he has a few caveats.

“I mean, would I do it? Yes, in a heartbeat. I think you might find the Americans a little bit trickier to deal with!”

The two universes have been combined in the pages of IDW’s Star Trek: The Next Generation/Doctor Who: Assimilation 8-issue comic book series, written by Scott and David Tipton, that was published in 2012.

What would you like to see in a Star Trek/Doctor Who crossover? Tell us in the comments below.

Doctor Who continues this Saturday, November 14.