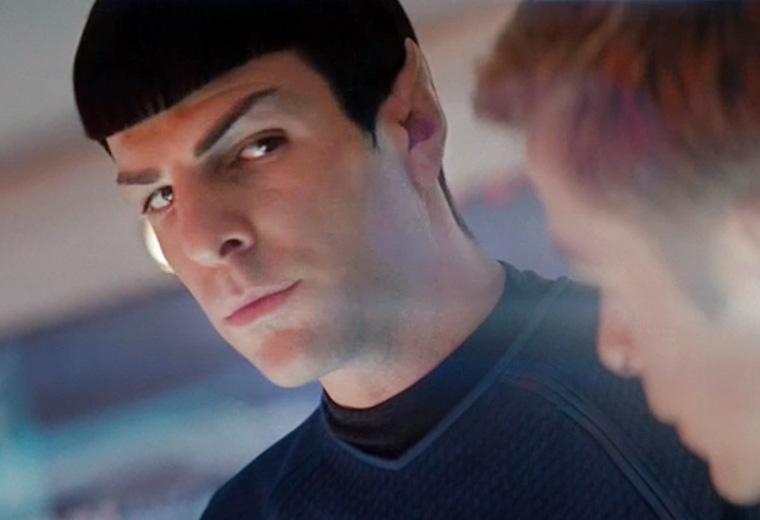 J.J. Abrams has been heavily criticized by fans for some of his directorial choices that were made during 2009’s Star Trek and 2013’s Star Trek Into Darkness.

While on stage with late night host Stephen Colbert at the Montclair Film Festival, Abrams admitted he may have been a little excessive with his use of lens flare and too overt with fan service while working on Star Trek.

Abrams told Colbert “we got in trouble on the second Star Trek film with some of the fans,” and admitted “There were too many nods to The Wrath of Khan. I’ll cop to that.”

Regarding his use of lens flare, Abrams promised it would be toned down in his next film Star Wars: The Force Awakens. Telling the lighting crew bringing large spotlights onto the set “these aren’t the flares you’re looking for.”

Star Trek Beyond, which is directed by Justin Lin and produced by Abrams and Roberto Orci, is slated for July 22, 2016. The film will commemorate the 50th anniversary of the Star Trek franchise.

In this article:JJ Abrams, star trek 3