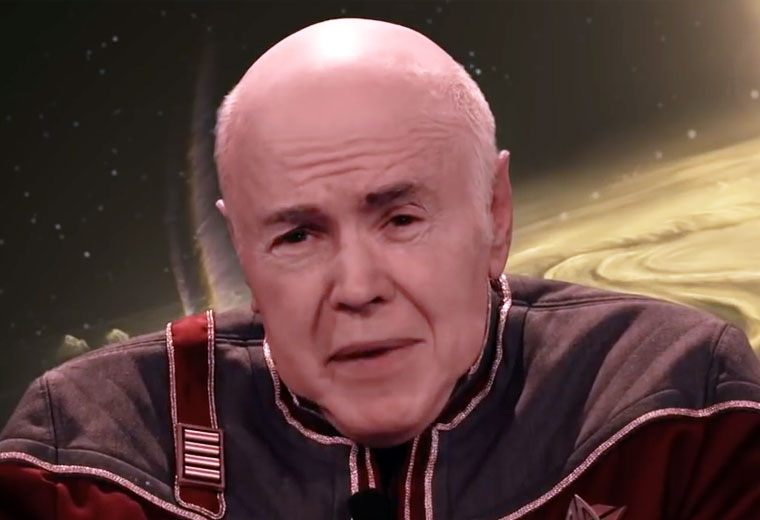 Next Installments of 'Star Trek: Renegades' to Be Koenig's Last as Chekov

With just a few days to go and less than $50 thousand from reaching their goal on Kickstarter, the team behind Star Trek: Renegades hopes to complete the second and third episodes of the crowd-funded independent fan-series.

Promoted as the final on-screen performances of Walter Koenig as Pavel Chekov (now a Federation Admiral), the next installments of Star Trek Renegades will feature several other actors returning to their Star Trek roles, including Terry Farrell as Jadzia, Robert Beltran as Chakotay, Cirroc Lofton as Jake Sisko, Aron Eisenberg as Nog, and Hana Hatae as Molly O’Brian.

Additionally, Tim Russ will return to the role of Tuvok, Adrienne Wilkinson as Lexxa, Gary Graham as Ragnar and Corin Nemec as Alvarez, from the first episode.

You can watch the Kickstarter pitch below.

To help support the next two episodes of the series, head over to Kickstarter.

Set a decade after Voyager’s return from Delta Quadrant, ST: Renegades focuses on a team of fugitives, who are on the run from the Federation while secretly working for the head of Starfleet intelligence, Admiral Pavel Chekov (Walter Koenig) and Tuvok (Tim Russ, who also directs) to root out internal corruption within the Federation as well as external threats.

You can watch the first episode of Star Trek: Renegades for free on Youtube.