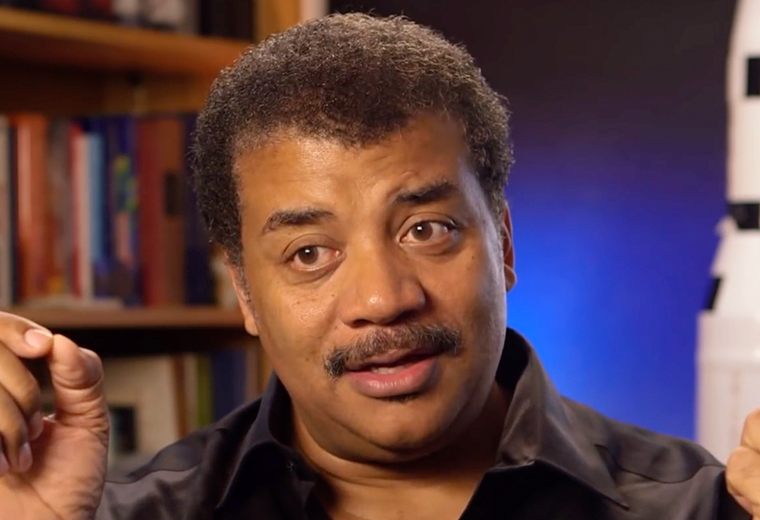 Neil deGrasse Tyson: The Enterprise Would Wipe Its Ass With The Millennium Falcon

In the latest episode of National Geographic’s Star Talk, host Neil deGrasse Tyson is asked to choose between Han Solo’s Millennium Falcon from Star Wars and Captain Kirk’s original Enterprise from Star Trek. Answering the question, the astrophysicist made no bones about his choice.

“The Enterprise has the benefit of being… real — in the sense that there are real scientists and real engineers on the ship, monitoring its engine, its warp drive, its photon torpedoes. So it’s fake real. The Millennium Falcon is just fake fake. It’s just part of a fantasy in storytelling in Star Wars.”

Tyson went on to point out how the Enterprise is unlike any other fictional space vessel.

“It is the first ever space ship, represented in storytelling, that was not designed to go from one place to another. It was only designed to explore.”

“In a battle, the Enterprise would just wipe its ass with the Millennium Falcon.”

Which ship do you think would be victorious in a one-on-one battle? Tell us in the comments below.