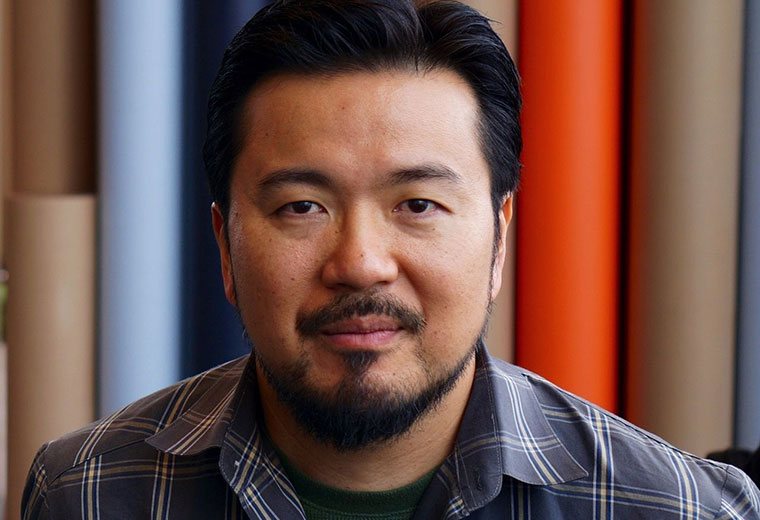 Justin Lin Reacts to Criticism of Star Trek Beyond Trailer

Paramount released the first trailer for next summer’s Star Trek Beyond earlier this week. Fans of the franchise quickly let their displeasure of the “action-heavy” sneak-peek be known on social media, in online forums and blogs — even the Washington Post likened it to “Fast and the Furious in space.” That is due in part to director Justin Lin’s relationship with the adrenaline-fueled action series.

Following the trailer’s release, Lin sat down with a group of journalists, including Peter Sciretta from /Film at the Paramount lot to discuss the negative reaction.

Well, its a minute and a half, you know… And again, there were other versions that were much more traditional and I can see where maybe the hardcore fans could probably see that as “Oh.” But with trailers you’re putting a two hour movie into a minute and a half, and the one thing I wanted to make sure is that it hopefully represents that we are trying to be bold and take risks, wether we are successful or not, I don’t know. That was something I was excited to do and with collaborators like Simon and Doug, passion for the franchise will be there regardless. So however its presented, yeah its a minute and a half, and my challenge to everyone making the trailer is about saying “lets not go off course, I’m not afraid to share — share it, I feel like we have the goods in a two hour run and you really do get to know the characters and hopefully the journey is great. I love it and the cast did an amazing job and the crew… and the inside baseball version of the creation of this Trek was pretty condensed in how you usually make a movie of this size. And I wanted us to be bold, I wanted us to take chances and hopefully in a minute and a half we are able to convey that.

There’s been an overwhelming response to the amount of action crammed into the trailer and the use of the Beastie Boys’ “Sabotage” being played throughout. Lin understands where the displeasure is coming from.

Of course the song was also used in Abrams’ 2009 film. According to Lin, the song won’t only be heard on the trailer but also the completed film.

Its in the DNA of this canon. It was in the ’09 Trek, and we went through different iterations of the teaser and I wanted to make sure whatever here is using all the elements from the film. Its been a part of this Kirk’s journey and so I felt it was very organic, and it will ultimately be in the finished film.

RELATED: Full Breakdown of the STAR TREK BEYOND Trailer

Lin may not have realized just how passionate fans are about the franchise, admitting he was never much of a Star Trek fan.

The one thing that was when I came on this [film project], I didn’t even realize how emotional my level of engagement with Trek was until the first day of preproduction when I walked into the hallway of the Enterprise and it hit me. It’s part of me but my level of engagement with Trek was really from 8 to 18, when I would watch Trek at 11 PM on channel 13 with my dad. He worked all day, closed shop at 9 PM and dinner at 10 and watched Trek. And so a lot of that is trying to create something that embraces the essence of Trek for me. Simon has a very different level of engagement, and Doug also has a very different… so it’s awesome to get in there and have those collaborators and have that discourse about how we were going to craft this movie. ‘Cause Simon, he knows EVERYTHING about Trek and it’s great to have those guys with me the whole way.

Discussing the title of the film, Star Trek Beyond, Lin said it grew out of conversations between producer J.J. Abrams and co-writer/star Simon Pegg.

He [Abrams] kind of tracked me down and we’re talking and I didn’t know what to expect. I thought maybe he was offering to go shoot a script that existed or and he said, no, it’s yours. Go and be bold. And just take it. Be bold and make it what you think you would do to Star Trek. And the more we talked about it, the more we kept saying well let’s keep pushing. Let’s keep pushing. And that’s when Simon kind of said, well it should be Star Trek Beyond. And it was his idea. And it was kind of came from all our conversations. And we looked at each other and like oh, that sounds like the title of this film.

On his approach to making the film and how he “deconstructed” the Star Trek franchise, Lin said:

Its fifty years… It was around before I was born so for me at its core I felt like on this chapter if we can kind of deconstruct Trek on different levels and hopefully reconfirm that its great we can send it off and it can have a long run after this. And for me that was on a more cerebral level, that was the mission here on this one.

But its also about going on that journey that JJ did with putting all these people together, but I wanted to hopefully create an opportunity or a situation where we can really see how they react to things and to each other. Those are things in all the years of watching Trek, we had hundreds of hours with the movies and stuff, in this timeline, I wanted to hopefully create something where we can be on the five year mission, we can hopefully explore and introduce new species and put them in situations where it hopefully then mirrors back on the exploration of humanity — I think thats important.

Lin discussed how this film fits into the overall reboot of the franchise.

We pick [the crew] up about two and a half years after the end of Into Darkness. But there was many iterations where we did go and explore. At the end of the day, I just felt like we’re two and a half years in. What we shot and what’s gonna be in theaters, quantity wise it’s quite a bit. But then to be honest, I actually had even more beyond that. So that’s something that we definitely talked about and worked on. In the presentation of this film, it didn’t quite fit in.

After directing his first Star Trek film, Lin says he’s unsure if he would return to do a second.

I’ll never say never, but I’ve had a great time. I’m also getting older and there’s a lot of stuff I wanna do. I didn’t plan on doing this. But I also feel like that’s the right way to enter something, is to not be strategic and like oh this’ll be good for me or this or it was just because I love it. … So I’ve been very lucky to kind of have that journey. And I’m not looking for anything else. I feel fortunate to be part of this. But I am itching, I have a lot of things I wanna do. And I’m not getting any younger, so…