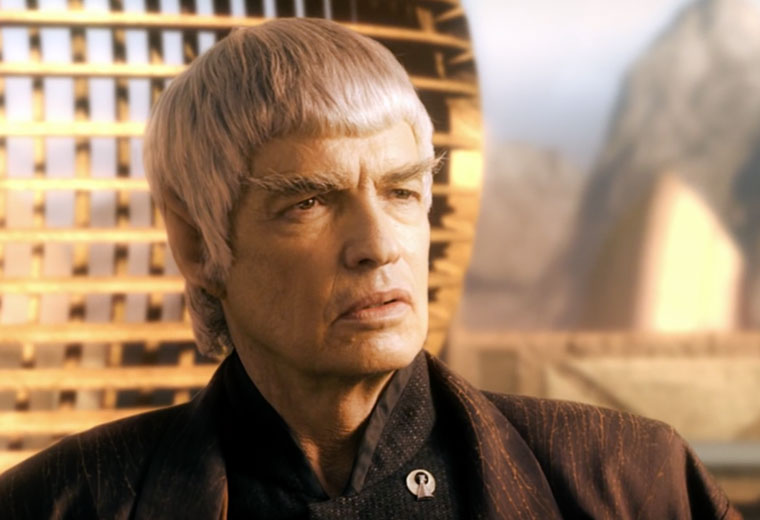 CBS and Paramount have filed a lawsuit in California federal court against the producers of the independent and crowd-funded Axanar film project — citing a violation of their intellectual property, according to The Hollywood Reporter.

To date, the Axanar project has raised more than $1 million in crowdfunding on Kickstarter and Indiegogo. Until now, CBS and Paramount have tolerated fan productions — including Star Trek: New Voyages and Star Trek Continues. However, none of those have none have received the funding that Axanar has. Aside from the funding, the project also has professionals working on it, including several former Star Trek actors.

The complaint claims that ”The Axanar Works infringe Plaintiffs’ works by using innumerable copyrighted elements of Star Trek, including its settings, characters, species, and themes.”

If you’re not already aware of Axanar, the official description on their website states: ”Axanar takes place 21 years before the events of ‘Where no Man Has Gone Before’, the first Kirk episode of the original Star Trek. Axanar is the story of Garth of Izar, the legendary Starfleet captain who is Captain Kirk’s hero… Axanar tells the story of Garth and his crew during the Four Years War, the war with the Klingon Empire that almost tore the Federation apart. Garth’s victory at Axanar solidified the Federation and allowed it to become the entity we know in Kirk’s time. It is the year 2245 and the war with the Klingons ends here.”

Paramount’s Star Trek Beyond is set to be released in theaters on July 22 and CBS is currently developing their own television series for CBS All Access in 2017.

The team behind Axanar responded to the suit on their Facebook page:

Well, it appears CBS knows that Axanar is exactly what fans want, because they are trying to shut us down! While Team Axanar will have a response shortly, know this DOES NOT deter us from what we are doing! Delivering to fans exactly what you want.
Goliath, meet David (and his thousands of screaming fans)!
‪#‎IstandwithAxanar‬

You can read the full complaint here.