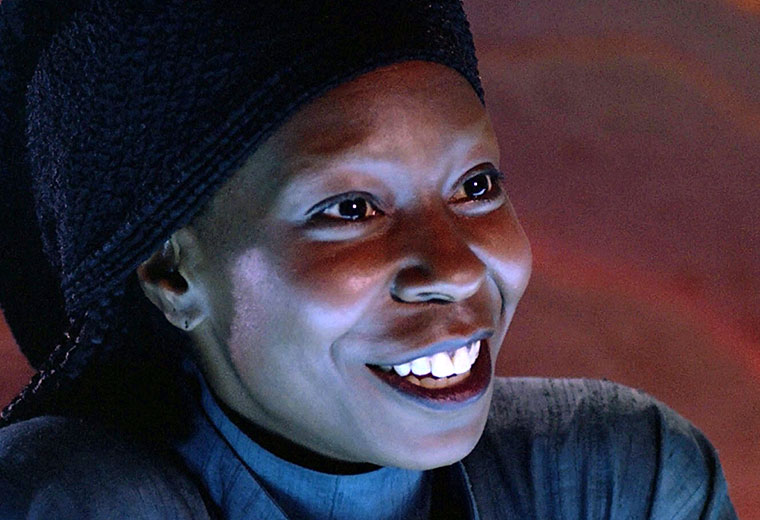 Goldberg, who played the character Guinan on Star Trek: The Next Generation and in Star Trek: Generations and Star Trek: Nemesis, joins William Shatner, Kate Mulgrew, George Takei, Kirstie Alley and several other Star Trek celebrities at this year’s 5-day convention. The expanded event takes place August 3-7 at the Rio Suites Hotel and Casino and will celebrate the 50th anniversary of the franchise.

“Out of all the amazing talents we’ve wanted, but have not been able to get to appear at Creation Entertainment’s Official Star Trek Conventions over the years, one person was always at the top of the list, Whoopi Goldberg,” Creation co-founder and co-COO Gary Berman told StarTrek.com.

“For huge fans like us, it was fantastic news when she landed on TNG and created such a beloved character like Guinan there,” Berman continued. “The fact that she, too, was a Trekker, a huge movie star, and wanted to be on the series, became part of Star Trek legend. We are really looking forward to hearing, on our stages, all the details of how that casting occurred from her perspective, to say nothing of the fact that this will no doubt be the most hilarious on-stage appearance we’ve ever had.”

“The support we’ve always gotten in Las Vegas for the convention has always been phenomenal, but this year is breaking all the records.” Berman said.

In this article:Star Trek: The Next Generation, STLV, Whoopi Goldberg