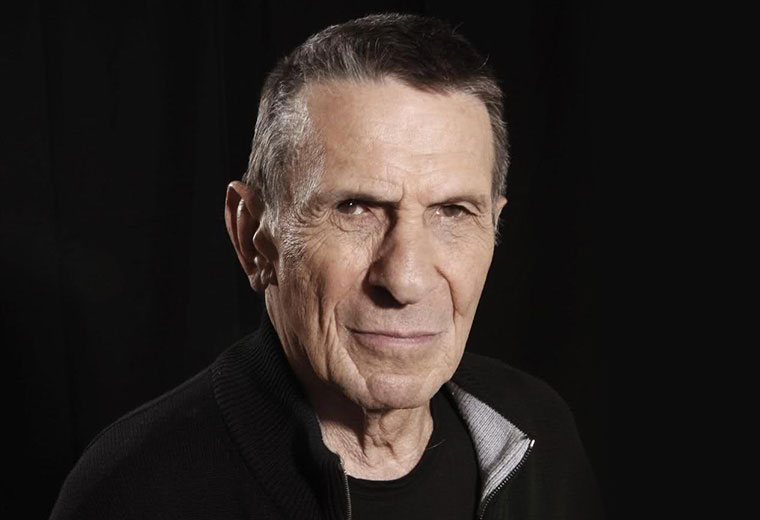 TrekNews.net was recently provided two unedited clips from COPD: Highly Illogical–A Special Tribute to Leonard Nimoy — featuring an interview with Doctor Belperio, who treated Nimoy during the last four months of his life at UCLA Medical Center. During the interview, Belperio discusses Leonard’s initial exam with him, the symptoms he presented and his final wish of educating and creating awareness for COPD. You can watch both of those below.

Crowdfunding for the documentary film project is nearing completion. The campaign, which kicked off last summer and has raised just under $25,000 of its $150,000 goal, culminates on Sunday (March 13).

The film is being directed Adam Nimoy, and is being produced by Julie Nimoy and David Knight through their company Health Point Productions LLC.

Rewards for IndiGoGo contributors include: three-day passes to attend Star Trek: Mission New York in September, a set visit, dinner with Julie Nimoy, David Knight and the film’s crew, and more. For a full list and to contribute to the film, visit IndiGoGo.

“Many of you know him from his iconic role as Mr. Spock on Star Trek, the original series. What some do not know is that he was diagnosed with COPD in 2013 and immediately took to social and traditional media to bring this common but often undiagnosed disease to light. Julie Nimoy said in a press release. “Unfortunately, COPD would take his life before he could use his personality to reach others. This type of outreach and advocacy is sorely needed.”

“The documentary film COPD: Highly Illogical–A Special Tribute to Leonard Nimoy is an effort by me and my husband, David Knight, to continue my father’s last wish and to advocate for COPD awareness.” she said.

“My father, Leonard Nimoy, started the work we’re now carrying out through this film, but only by working together can we assure that his vision is realized. One tiny breath is as precious as life itself and should not be taken for granted.”