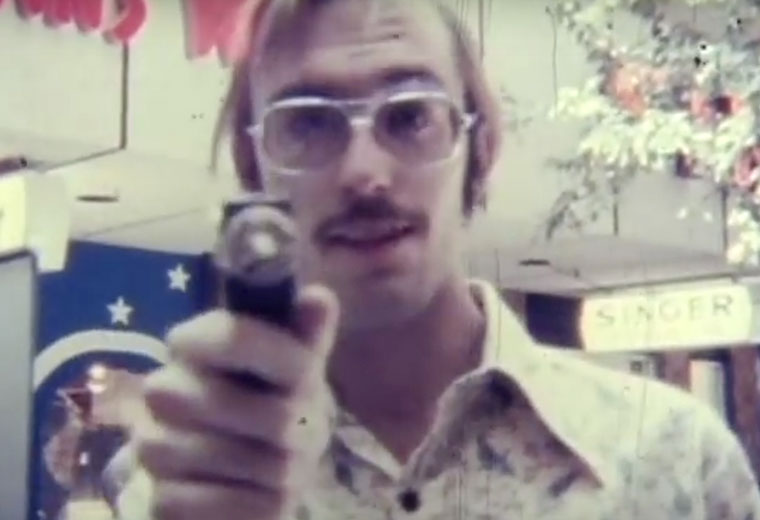 Since the early-70s, fans have come together at organized events to share their passion and love for the Star Trek franchise in a communal situation with other fans. In a video posted by ultimessence on Youtube, we’re given a glimpse at one of the earliest Star Trek conventions — which took place in Denver, Colorado during the fall of 1976.

Emanating from the Northglenn Mall, the video is hosted by “Chad McCoy” and includes interviews with fans at the convention, a look at some Star Trek “paraphernalia” on display, a quaint costume contest, Leonard Nimoy signing autographs and James Doohan on stage.

You can check out the video embedded below.

Only 7 years after the series ended, Star Trek already had a very strong cult following in the US and even abroad. There were small fan clubs popping up all over the world, so after a while it had such momentum that someone began organizing these gatherings into conventions…

At homes, schools, malls, they eventually had to rent large convention halls to accommodate the throngs of devoted ‘trekkies’.

This one had Leonard Nimoy (Spock) and James Doohan (Scotty), so I had to bring my super 8 movie camera to the Mall to film it.

I brought my old pal Terry McCoy as the on-camera reporter to interview the cults and play with the toys.

The Northglenn Mall (The Mall of my adolescence) was only 8 years old at this point so it is fun to have this record of the old Mall before it got torn down 21 years later.

This year, several conventions are scheduled to celebrate the 50th anniversary of the Star Trek franchise, the largest of which is Creation Entertainment’s annual Official Star Trek Convention in Las Vegas. That event, which takes place in August, has already sold several thousand tickets and will include more than 100 Star Trek guests. When contrasted with the video above, it’s fascinating to see just how much conventions have evolved and grown in the last 40 years.

According to DeadMalls.com, the Northglenn Mall ultimately met its demise and was demolished in 1998.

Do you have a favorite Star Trek convention memory? Share it with us in the comments section below.

In this article:Conventions and Events, Fandom