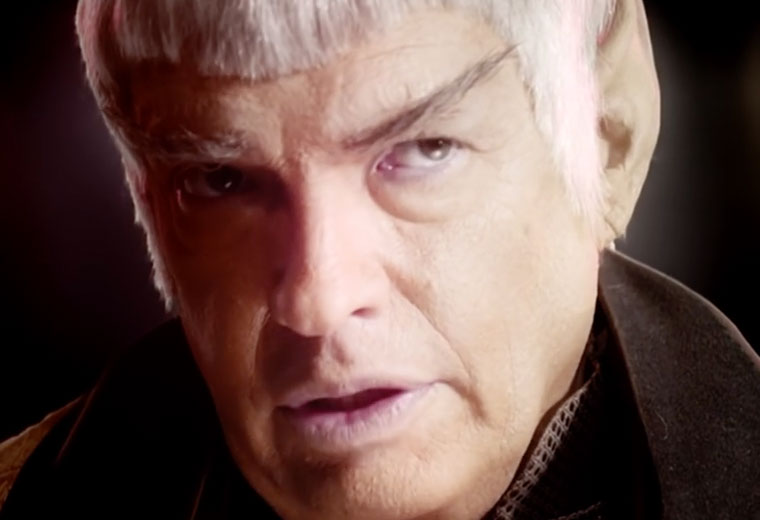 The ongoing saga of Paramount Pictures and CBS versus the producers of the independent film project Axanar continues. On Friday, Paramount and CBS filed an amended complaint, which noted specific copyright infringements.

Some of the violations, according to the complaint, include the look of Vulcans and their pointed ears, the gold uniforms seen in the Original Series episode “Where No Man Has Gone Before”, the Klingon appearance and language, the use of Andorians, Tellarites and Romulans, the Klingon homeworld of Qo’noS, Federation starships — including the Enterprise, and several more. 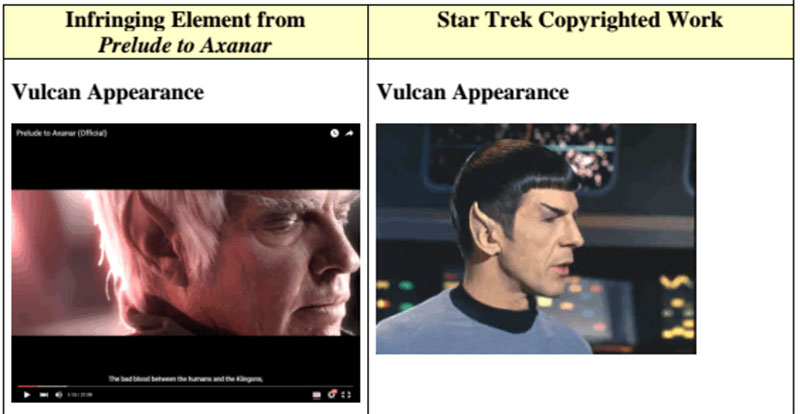 For those interested, you can read the amended lawsuit in full here.

Last December, Paramount and CBS released a joint statement to THR explaining their side: ”Star Trek is a treasured franchise in which CBS and Paramount continue to produce new original content for its large universe of fans. The producers of Axanar are making a Star Trek picture they describe themselves as a fully professional independent Star Trek film. Their activity clearly violates our Star Trek copyrights, which, of course, we will continue to vigorously protect.”

Axanar’s co-writer and producer Alec Peters later released a statement, saying: “Axanar is a fan film. Fan films – whether related to Star Trek, Star Wars, Harry Potter, Lord of the Rings, Power Rangers, Batman or any other franchise – are labors of love that keep fans engaged, entertained, and keep favorite characters alive in the hearts of fans. Like other current fan films, AXANAR entered production based on a very long history and relationship between fandom and studios. We’re not doing anything new here.”

The Axanar project has raised more than $1 million in crowdfunding through Kickstarter and Indiegogo.

This is getting ridiculous! I support the fans. Trek belongs to all of us.https://t.co/mYMqIDXqHu

Stay tuned to TrekNews.net for the latest news related to the Axanar lawsuit.