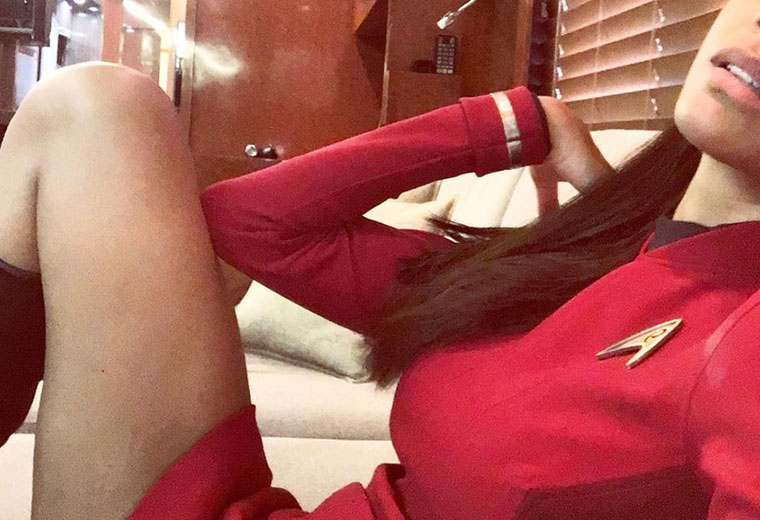 Zoe Saldana Is Back Shooting STAR TREK BEYOND

With the recent addition of Shohreh Aghdashloo to the cast of Star Trek Beyond, some of the stars are back to reshoot particular scenes to include her in them. One of those stars is Zoe Saldana, who plays Nyota Uhura in the rebooted film series.

On Tuesday, Saldana posted the photo below, with the caption “#work #tacotuesday #waiting #missingmyvalentine #startrek #space”, to her Instagram account. In the photo, the 37-year old actress shows off her updated Starfleet uniform — along with a little leg.

In this article:Kelvin Timeline, Star Trek Beyond, Zoe Saldana