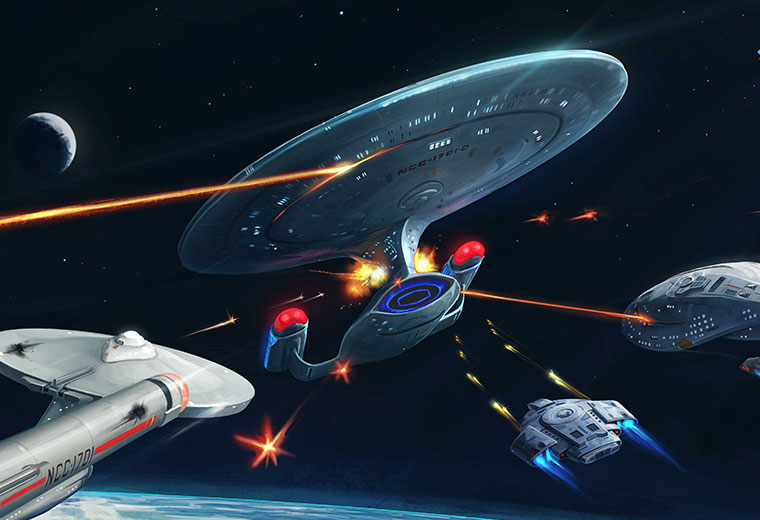 Star Trek fans are generally left wanting more when it comes to the gaming landscape. Whereas Star Trek games used to be prolific in the 1990s and early 2000s with memorable titles such as Elite Force or the Starfleet Command series, no such variety exists today. Arguably, the only Star Trek game of quality is Star Trek Online, but massive multiplayer online games aren’t everyone’s cup of (earl grey) tea. However, there is a spark of hope for Trekkies looking to get a quick fix: Star Trek Timelines. 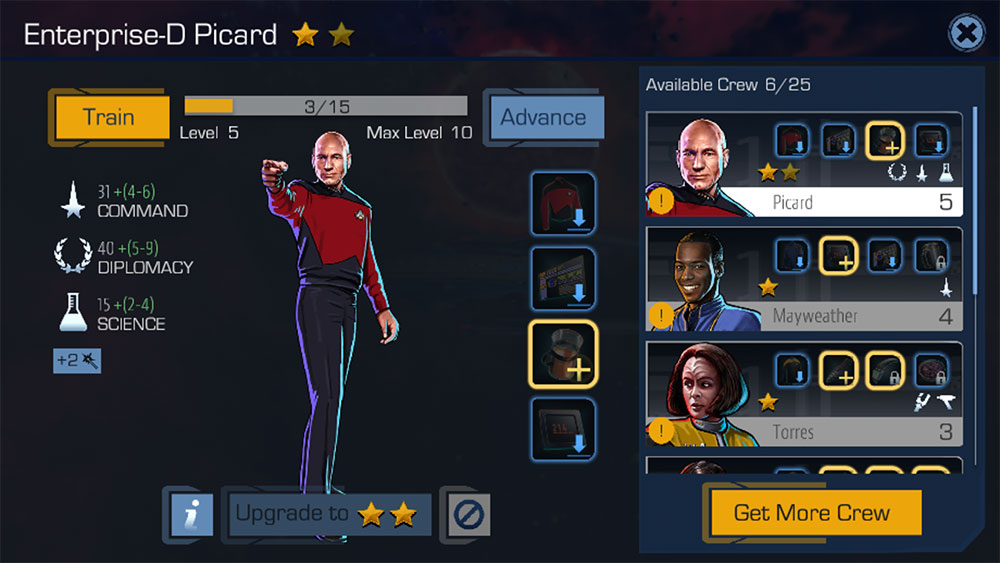 Developed by Framingham, Massachusetts-based Disruptor Beam, previously known for Game of Thrones: Ascent, Timelines delivers a solid strategy and role-playing experience. Players assume the role of captain of their own ship as they traverse the galaxy amidst a massive temporal flux. Players collect crew members and items from every Star Trek era. For example, if the player wishes to have Captain Picard, Ensign Mayweather, and Ezri Dax on the same away team, they can do that. This temporal flux is explained by Q, voiced by the one and only John le Lancie. Having de Lancie on board is a huge perk for Timelines, as his characteristic delivery, combined with the game’s faithful art design and countless characters, ships, and items, help legitimize Timelines as a Star Trek game through and through. 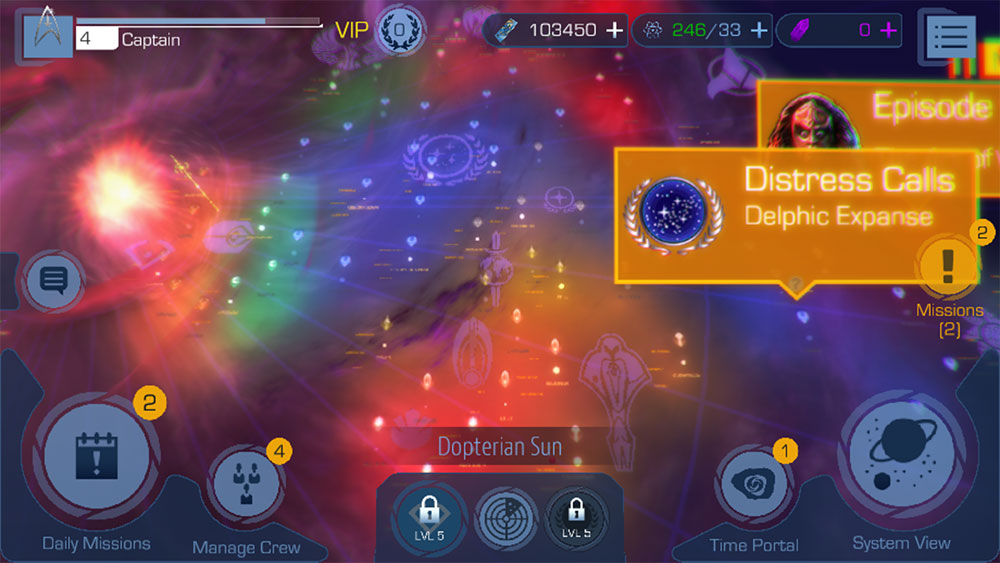 Timeline’s roleplaying focus helps distinguish itself from other, less-involved mobile games. Players can choose each character’s equipment loadout, assume control of iconic Star Trek ships, and even choose responses when talking with different characters. Would you approach a furious Worf diplomatically, or aggressively? How would you handle a situation involving Data’s evil brother, Lore? Disruptor Beam went a step further and added branching mission paths to ground encounters. For example, one could choose to repel an Augment raiding party by either enlisting Klingon support, or beaming down to fight hand to hand. This variety is a joy to play, and helps engage the player for more than just quick minute-long sessions, as other mobile titles do. 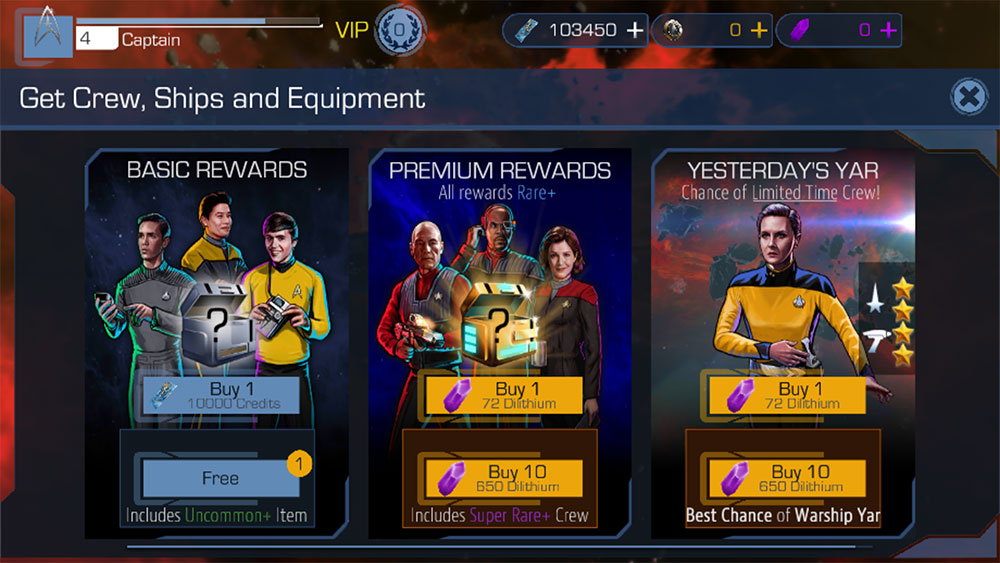 Graphically, the game is a striking title with only a couple noticeable flaws. While 3D environments are rendered with excellent attention to lightning and color (making warping into different systems a treat), starships themselves have jagged edges and subpar texture work. As a mobile title, such flaws are understandable considering the sheer range of hardware considered, but it would’ve been nice if the game’s graphical presentation matched the bar set by its narrative. Still, Timelines is graphically head and shoulders above most mobile games, and Disruptor Beam should be praised for their technical fidelity. 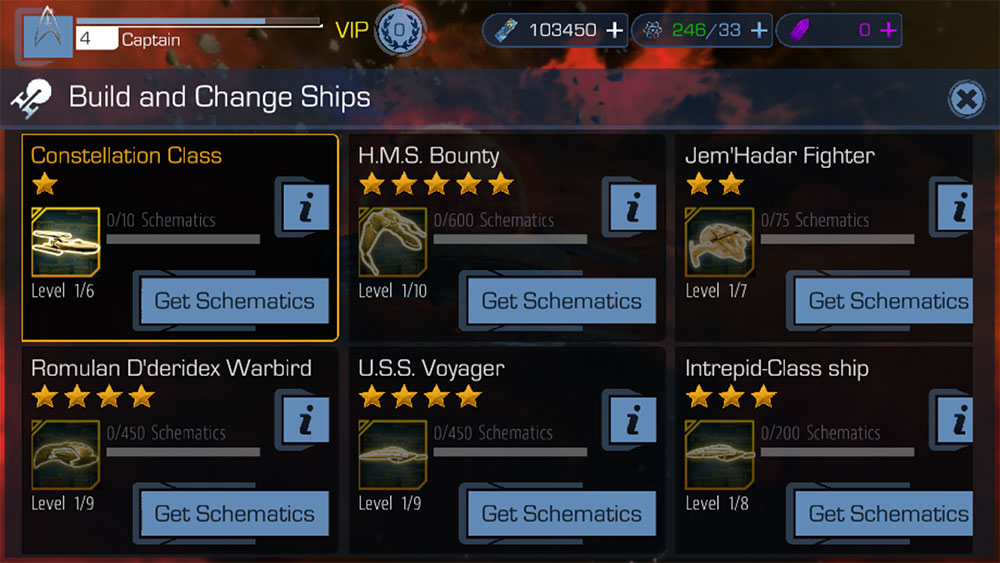 It is a shame that the space environments are so attractive, yet the game’s actual space battles are nothing more than on-rails segments involving merely tapping the abilities of crewmembers. While it can be fun to see a Constellation-class ship face off against a Borg Cube, the actual experience is underwhelming. However, ground missions are more involved, as players must utilize the skills of each crew member to accomplish different tasks. While Picard is better at negotiating, B’Elanna can hack a console more effectively. This strategy aspect is pleasing, and players will be forced to consider the skills of all their crew members before committing to a course of action. 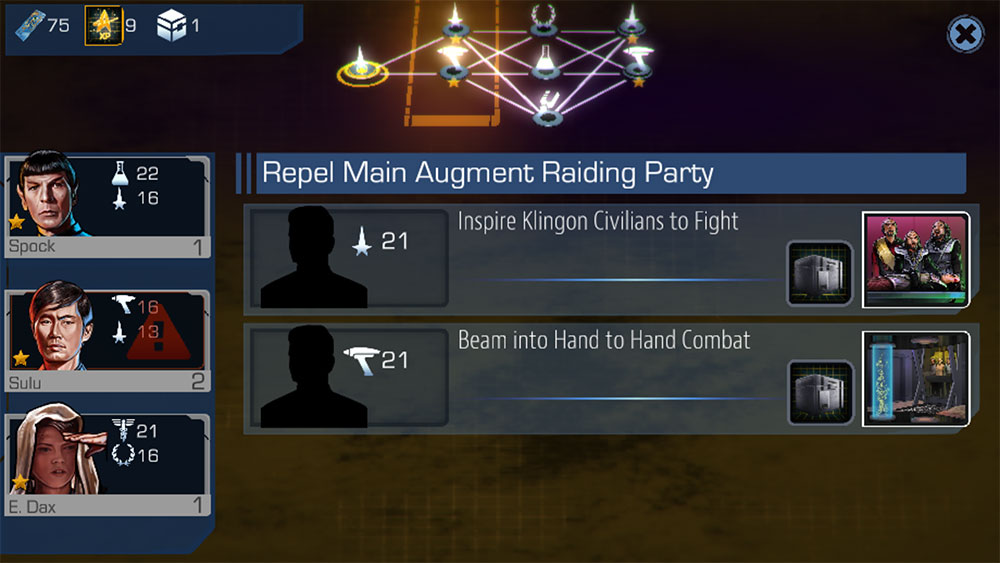 Overall, Timelines is a decent mobile title for a community that is lacking in variety. The title’s graphics are sure to impress, and the gameplay’s mix between strategy and RPG keeps things interesting for extended play times. Unfortunately, Disrupter Beam chose to focus more on the game’s ground missions, leaving space battles boring and tedious, but the involved nature of the former help offset this con. While it would have been nice to see the game’s load times shortened (even on high-end devices like the Galaxy S7), as well as see less of an obtrusive micro-transaction system, Timelines is worthy of the download. Star Trek fans looking for a game that thoroughly utilizes the brand should look no further.

Star Trek Timelines is available for free on the Apple iOS App Store and the Google Play store.