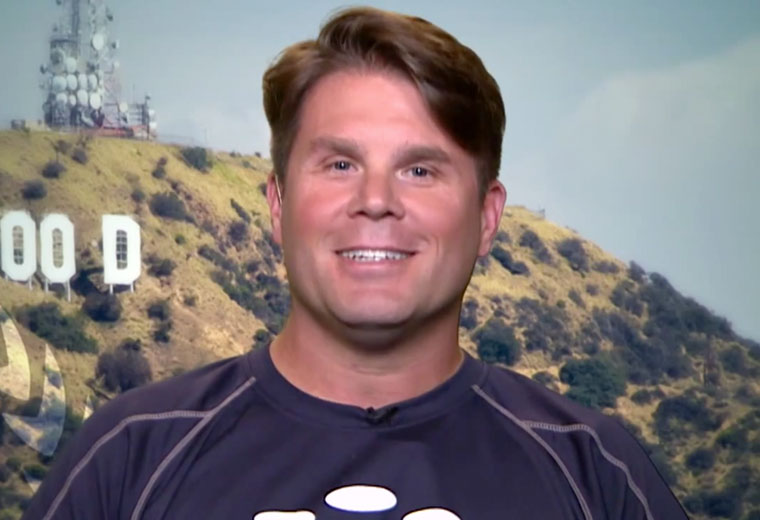 Rod Roddenberry was recently named an executive producer of the upcoming Star Trek series on CBS All Access. He is also the son of Star Trek creator Gene Roddenberry and CEO of Roddenberry Entertainment. Recently, he sat down to discuss a myriad of topics — ranging from the ongoing Axanar lawsuit, his favorite fan series and of course, Star Trek’s return to television in 2017.

“I’ll tell you about the fan films in general.” Roddenberry said, when asked about the ongoing lawsuit between CBS/Paramount and Axanar Productions, by Matt Miller of TrekZone. “I, myself, am a huge supporter of fan film companies that are willing to follow the rules and do it right. CBS has been very gracious to — and I don’t know this from speaking to any of them — but it would seem that they have allowed certain fan groups to do things, as long as they do them correctly.” Roddenberry said.

“Ultimately, I’m a fan of the fans keeping Star Trek alive.” Roddenberry said. “The group that I’m really interested in right now is Star Trek Continues. Their writing, their costumes, their sets, their lightning — everything is spectacular. I’d say a lot of those episodes are as good and in some cases better than some of the original episodes.” he said of the celebrated fan series.

“I know very little about the direction. I’ve had two meeting with Bryan Fuller and he is still developing the concept and he’s brought the writers together and they’re still developing the concept. What I’m excited about is the team that’s been put together by CBS. They’ve brought, of course, Alex Kurtzman, Bryan Fuller and Heather Kadin together and I’ve had the opportunity to meet them.”

Roddenberry went on to praise those already attached to the series, saying:

“Bryan [Fuller] is, of course, a huge Star trek fan. So right there alone, I have confidence that he will do it justice,”

“Alex Kurtzman has the history with the movies and despite what anyone has to say, I thought the movies were incredibly well done and paid wonderful tribute to the whole Star Trek background.”

“Heather [Kadin], I just met for the first time. She, I believe, works with Alex [Kurtzman] and she’s got a long list of credits. So I believe the entire team is incredibly capable.”

After acknowledging that he doesn’t know much more about the show at this point, Roddenberry said he has “tremendous hopes” for the new series.

You can watch the entire interview in the video below.