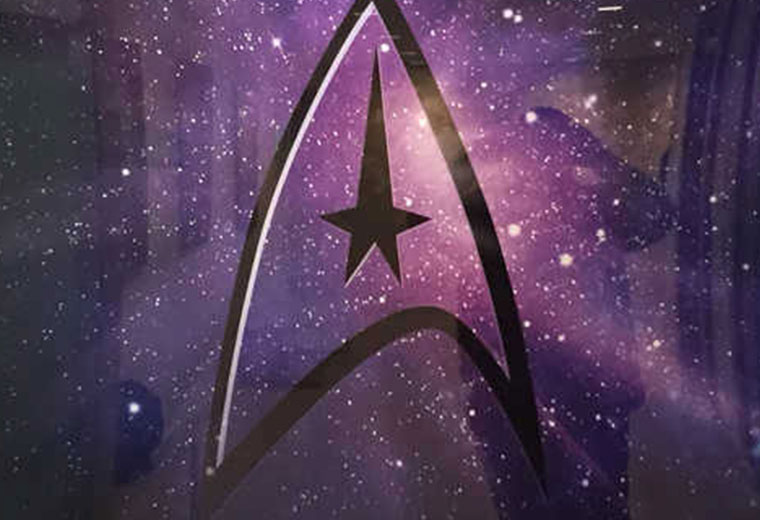 We have since learned that this is not in fact a teaser for the 2017 series.

While very little is known about the upcoming Star Trek series on CBS All Access, today, what may be the first piece of marketing material for the show has surfaced.

Photographed behind glass, the poster itself doesn’t appear to reveal very much of anything about the series. It features the Starfleet insignia in front of a purple “spacey” background with the words “Star Trek The Next Chapter… Boldly Going In 2017”.

You can check out the poster below.

We have reached out to CBS for comment and will report back regarding its authenticity. 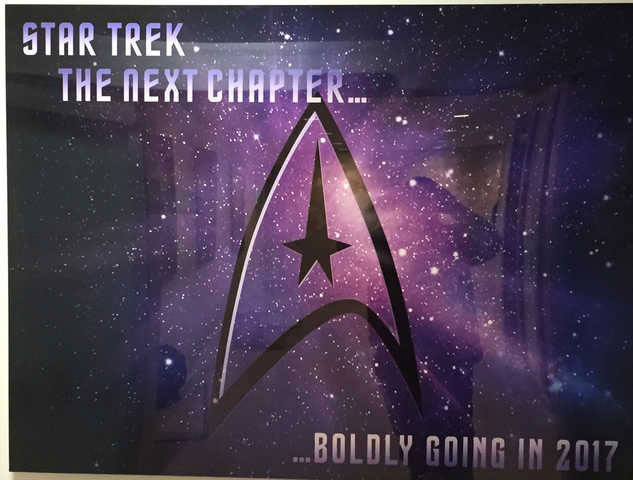 Alex Kurtzman, Bryan Fuller and Rod Roddenberry have been announced as executive producers, with Nicholas Meyer (director of The Wrath of Khan and The Undiscovered Country and co-writer of The Voyage Home) is serving as a writer and consulting producer