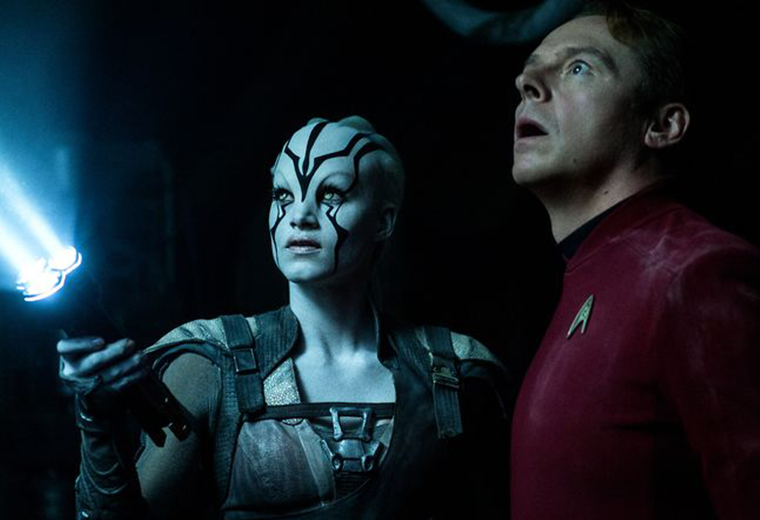 Star Trek Beyond is set to hit theaters later this summer and aside from a trailer that dropped last December, we haven’t seen much in the way of official promotion. That changed today when Paramount released the first official photo from the upcoming film, featuring Sofia Boutella and Simon Pegg.

The photo, released through USA Today’s Summer Movie Preview, shows Boutella as Jaylah holding a futuristic flashlight and Pegg as Scotty as they look up in surprise, shock or wonderment — we can’t quite tell which. Check out the photo for yourself below and let us know what you think.

For those that want a less official glimpse, you can check out the photos that leaked from the film’s set last summer.

Thanks to an eagle-eyed reader, we may have identified the tri-light Jaylah is holding as a Stanley 95-111 Mini Tripod Flashlight 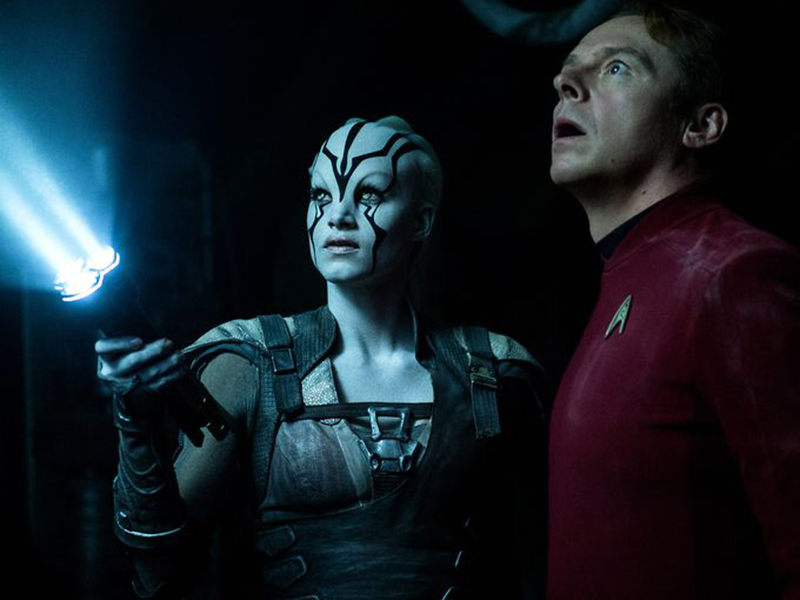