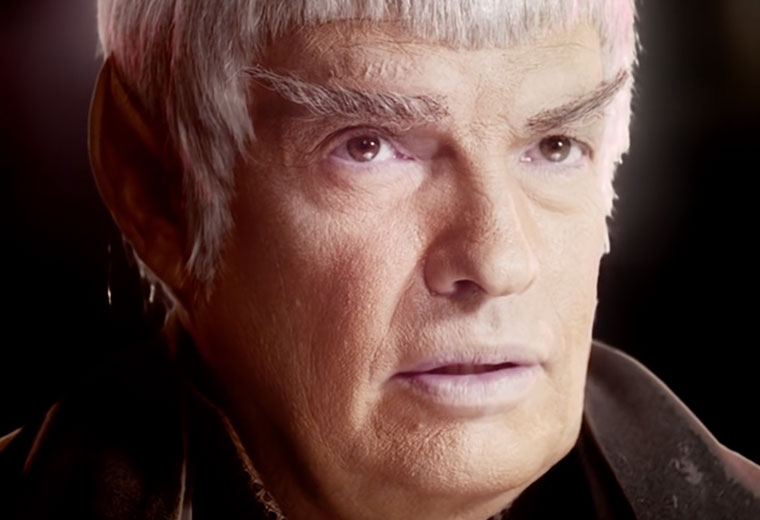 The next phase of the lawsuit between CBS and Paramount Pictures and Axanar Productions, headed by Alec Peters, has begun, with the latter filing a motion to dismiss the copyright infringement lawsuit brought by the two production companies.

The motion, filed on March 28, is the second such attempt at dismissal since plaintiffs CBS and Paramount brought the suit against Peters and Axanar Productions’ Star Trek fan film, Axanar, in late December. CBS and Paramount claim the fan feature film and its prequel, Prelude to Axanar, violates their Star Trek intellectual property copyright.

In their motion for dismissal, Peters and his team claimed that Axanar and its prequel contains, among other things, elements not protected by copyright, that the allegations made by CBS/Paramount aren’t specific enough. Also, because Axanar has not been released yet, an attempt to halt production would be considered censorship.

“Given that [CBS and Paramount’s] list of allegedly infringing elements is non-exhaustive, [Axanar Productions] have no way of determining which copyrights, or how many copyrights, [they] allegedly infringed among the ‘more than 700’ copyrights that [CBS and Paramount] allege they own,” states the court document. “Given the vast differences among the motion pictures, television series, and episodes, more specificity is needed.”

Peters and Axanar Productions also claim that certain elements, such as the words Vulcan, Nausicaa, Rigel, Terra, and Warp Drive, are terms not exclusive to Star Trek and therefore cannot be copyrighted by CBS and Paramount. Axanar Productions also claims that the Klingon language, a property the television studios claim they own, can’t be copyrighted thanks to the language being “an idea or a system.” They use the 1879 case Baker v. Selden as precedent, which upheld that a book did not give the author the right to prevent others from practicing what was described in the book.

CBS and Paramount have long held the rights to the Star Trek television and movie properties, respectively, and have generally encouraged fan productions in the past. However, they brought a lawsuit against Axanar Productions, even though Prelude to Axanar and Axanar are not designed to make money. Even so, Axanar Productions have said they are reworking the script in light of the lawsuit.

Axanar earned $638,471 from more than 8,500 backers in its Kickstarter campaign last year, with an additional $574,434 raised from Indiegogo. The film stars Star Trek alumni Tony Todd., J.G. Hertzler, and Gary Graham, along with Richard Hatch, Kate Vernon, and Peters himself.

The next phase of the case begins on April 18, when both sides will submit their discovery plans, the process where each party obtains evidence to use in the lawsuit. The full court document detailing Axanar Production’s motion can be viewed here.