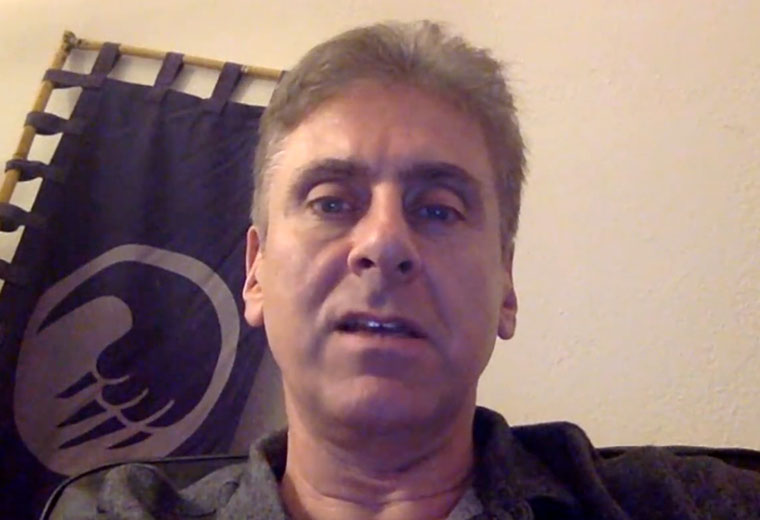 Following last week’s filing of a motion to dismiss the copyright infringement lawsuit brought by Paramount and CBS, Axanar executive producer Alec Peters discussed a myriad of topics related to the highly-criticized project with Matthew Miller of Trekzone.org.

Via Skype, Peters denied receiving any documentation from the legal department at CBS outlining what could and what could not be done with a fan production, calling it a “total fabrication.”

“We know the source of that and that is absolutely false.” Peters remarked. “There are simply no rules. Anyone who says otherwise is frankly lying.”

“They do not want to do anything that jeopardizes their IP [intellectual property] and may create rights — which is too bad, because Lucasfilm does exactly that for Star Wars.”

Peters as Captain Garth in “Prelude to Axanar” (photo: Youtube)

Peters refused to answer questions about the amount of money that would be required to produce the Axanar feature film and the sale of Ares Studio.

You can watch the interview embedded below.

A heated preview of the second part of the interview is shown at the end of the video. During which, Miller asks Peters about banning detractors from the Axanar Facebook pages and more.