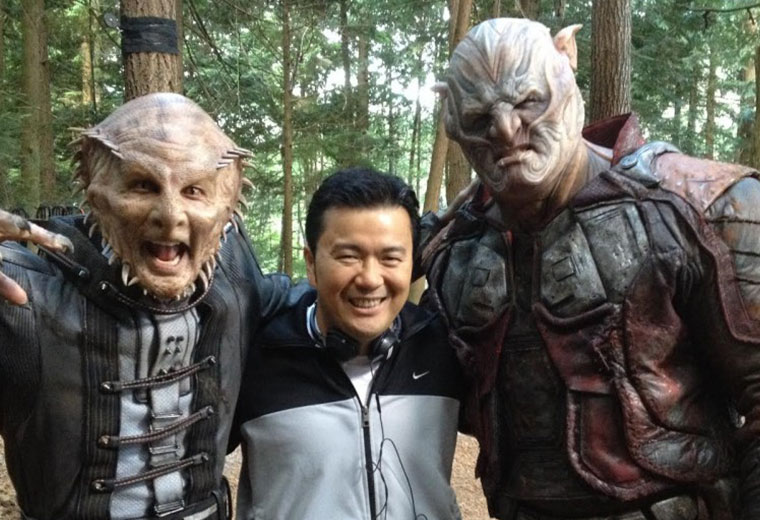 Justin Lin, director of STAR TREK BEYOND, celebrated First Contact Day today by sharing a photo of himself with two actors in alien (possibly Jem’Hadar) costumes from the first day of shooting the feature film.

In a tweet that linked to his post on YOMYOMF, Lin calls the actors “two of my favorite people to ever work with” and asks readers to guess who they are. “And just for fun, I’ll send the first person who correctly guesses the identities of these two actors an official STB crew t-shirt and signed STB poster.” Lin promises.

As a hint, Lin says he’s worked with both of the actors in the past.

First Contact Day is the fictional holiday to celebrate the future flight of Dr. Zefram Cochrane, who in the Star Trek universe, will break the warp barrier on April 5, 2063. Thus, prompting the Vulcans to make first contact with the human race. 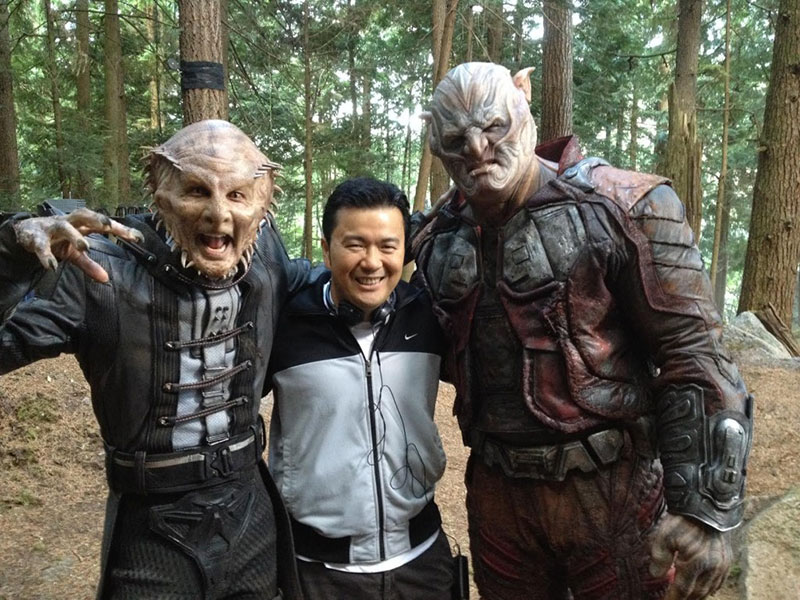 Justin Lin on the set of “Star Trek Beyond”

To celebrate the moment when Humans and Vulcans made first contact (April 5, 2063), thought I’d share a photo from the first day of the STAR TREK BEYOND shoot. Here I am hanging with two of my favorite people to ever work with.

And just for fun, I’ll send the first person who correctly guesses the identities of these two actors an official STB crew t-shirt and signed STB poster. Just leave your guesses in the comments section below. And a small note—because the shirt contains spoilers for the film and the poster hasn’t been finalized yet, I won’t be able to send it out until closer to the STB release date this July, but rest assured you’ll get it as soon as possible.

I know this will probably be a tough one since the casting of these two actors hasn’t been announced yet and you won’t find them listed on IMDb. So here’s a hint–I’ve worked with them both before STB. Good luck.

On Wednesday, Lin revealed the two actors as Danny Pudi, who he directed in multiple episodes of Community and Kim Kold, who appeared in Fast & Furious 6.