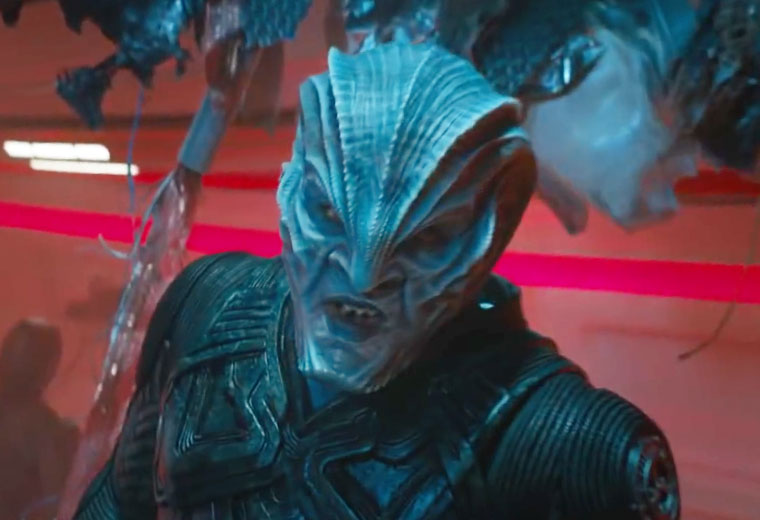 Star Trek Beyond is set to hit theaters in just over three months. Idris Elba, who stars as the film’s main villain Krall, recently discussed the character and the process of making the film.

Speaking with EW, Elba said the Krall character is a new alien species and never seen before in the Star Trek universe.

What’s interesting about him is that he has a real beef with what the Enterprise stands for. Krall’s a character who’s deeply steeped in hatred — in my opinion, a well-earned hatred — for the Federation. It felt quite political. There’s a relatability to what’s happening in our world. Not everybody’s happy with what everybody calls the good guys.

Discussing the “This is where the Frontier pushes back.” line from the first Star Trek Beyond trailer, Elba said:

There’s some history that we explore, to understand why he feels the frontier needs to push back. There’s definitely an opposing argument to the good that the Federation think they do. There are purists that believe in independence, and believe that we’re all made differently for a reason, and will fight tooth and nail to defend that. There’s massive relatability to modern world politics in that sense.

Elba went on to discuss the type of villain Krall is.

Krall is predatory. He’s not one for big speeches. He is one for going to get what he wants. If that means having to do it himself, outside of his army, he is not afraid to do that.

As we’ve learned over the years, working under large amounts of makeup and prosthetics can make it difficult for actors to properly convey emotion through their faces. Elba talked about the long hours in the makeup chair and how the makeup can add to a performance.

Typically, my day would start at 4:15 in the morning. I’d be in the chair until around 7:30, shoot about 8:30. Shot ‘til around 9 at night, maybe later. Get home, unwind, get to sleep, and then wake up in the morning and do the whole thing again. It was definitely an extensive process. I learned so much about working with prosthetics, and how that can influence the performance. I’m claustrophobic by the way; I don’t like rubber masks on my face. 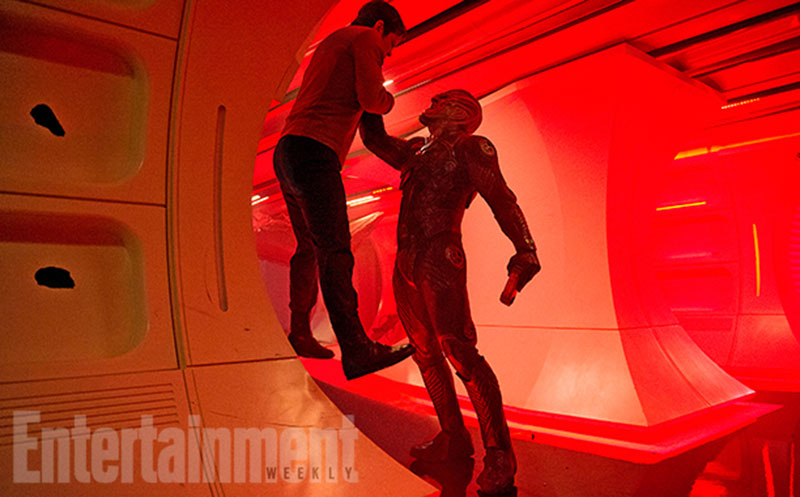 Idris Elba as Krall and Chris Pine as Kirk

You can read the whole interview with Idris Elba over at EW.

In this article:Idris Elba, Star Trek Beyond