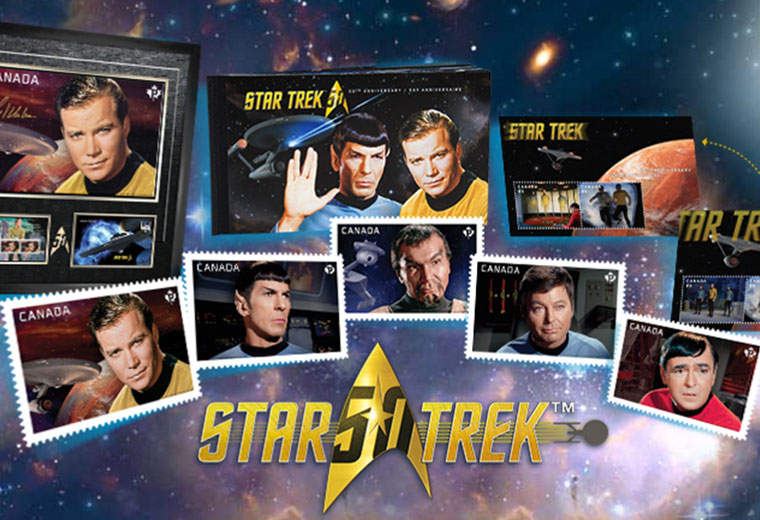 Canadian Star Trek fans can now decorate their mail with their favorite Star Trek characters thanks to a new stamp collection.

As a way to celebrate Star Trek’s 50th anniversary, the Canadian post office is commissioning stamp designs that include classic characters and starships from The Original Series. These include Captain Kirk, Spock, Scotty, McCoy, and Klingon Commander Kor. The Enterprise and the Klingon battle cruiser are also available.

Regular stamps won’t be the only collectibles fans can procure. There will also be an Original Series stamp booklet, animated stamps and posters, a special stamp coil and dispenser, framed prints, and a postcard set. 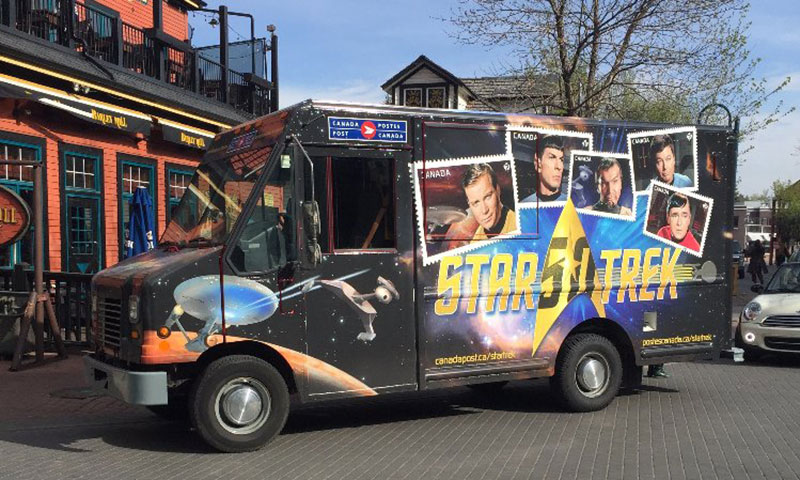 Not only does the collection celebrate this year’s momentous Star Trek anniversary, but Star Trek’s unique connection to Canada. Actors William Shatner, James Doohan, and John Colicos (Kor) are all Canada-natives.

Visit Canada Post to view and order all the 50th anniversary memorabilia.