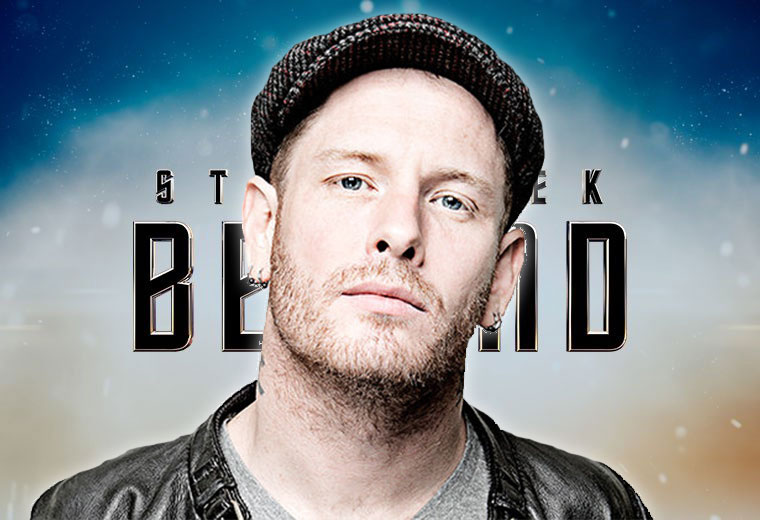 Corey Taylor, who is best known for his vocal contributions to the rock groups Slipknot and Stone Sour, is a man who is never afraid to speak his mind — even when that goes against the grain and irritates a few people.

In a recent interview, Taylor spoke out about the negativity surrounding the first trailer for Star Trek Beyond, “geeks”, and his thoughts on the film set to hit theaters later this summer.

“I loved the trailer, I thought it was great! Here’s the thing: I’ve gotten to the point where I hate calling myself a geek, because geeks are the biggest d***s on the f***in’ internet! They’re gonna look for anything and everything to bitch about.” Taylor told Radio.com.

He went on to discuss the escalating criticism of films within the genre.

“So, what’s the point man?” he asks. “If you’re gonna pick this thing apart, you’re gonna need to go back to your mom’s basement and take a f***in’ nap! ‘Cause I’m over it! They’ve made it to the point where I can’t go to a movie without hearing that s**t in my head!”

Taylor went on to speculate about the film:

“It’s gonna be great.” he said. “The one thing that we can all agree on is: the cast is awesome. For as many plot holes as Star Trek: Into Darkness had, I still love that movie, I really enjoyed that movie. And anybody who doesn’t, takes this s**t way too f***in’ seriously in the first place! It’s a movie. This isn’t Shakespeare! And even Shakespeare, you shouldn’t take that seriously! So for me: the casting is great, you’re gonna enjoy it, it looks like a lot of fun, it looks like one of the first [Star Trek] movies where it has the feel of an episode. We’re not worried about trying to do an origin story. This is its own self-contained adventure, and it’ll be great.”

As a refresher, here’s that heavily-criticized first trailer.

What do you think about the upcoming Star Trek film? Do you agree with Corey Taylor or is there real reason for concern? Tell us in the comments section below.