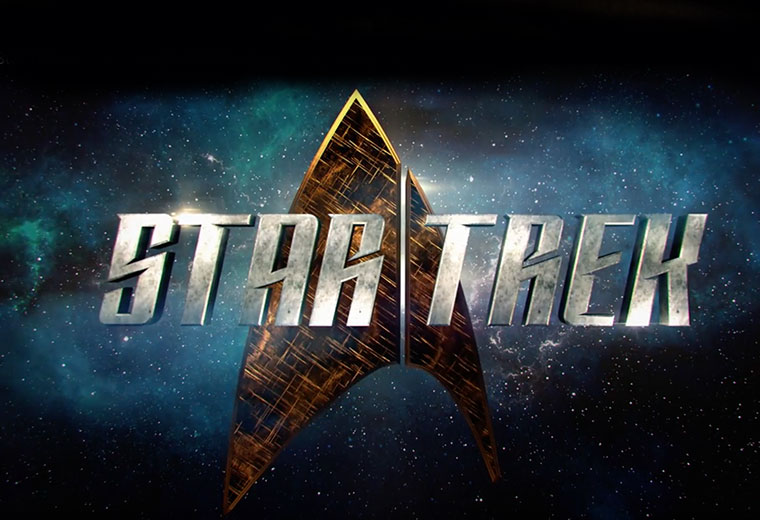 Here it is — the first trailer for the new Star Trek series!

During CBS’ upfront presentation at Carnegie Hall on Wednesday, the network showed off the first teaser for the new Star Trek series on CBS All Access, which includes a new Star Trek logo. An interesting new take on the familiar Star Trek branding we’ve known for decades, the words “Star Trek” glisten on top of a distressed Starfleet insignia.

In addition to the updated branding, the teaser concluded with the words: “New Crews. New Villains. New Heroes. New Worlds.”

An interesting takeaway from that final line is the pluralization of “crews”, which may or may not fuel the rumors that each season of the new series will showcase a different crew — a totally new take on the Star Trek television concept.

We’ll have more on this breaking story as information comes available.

Tell us what you think of the new Star Trek logo and what the last line could potentially mean in the comments below.

CBS has launch a website to promote the new series. We’ve included a screenshot below, but you can visit the site here. 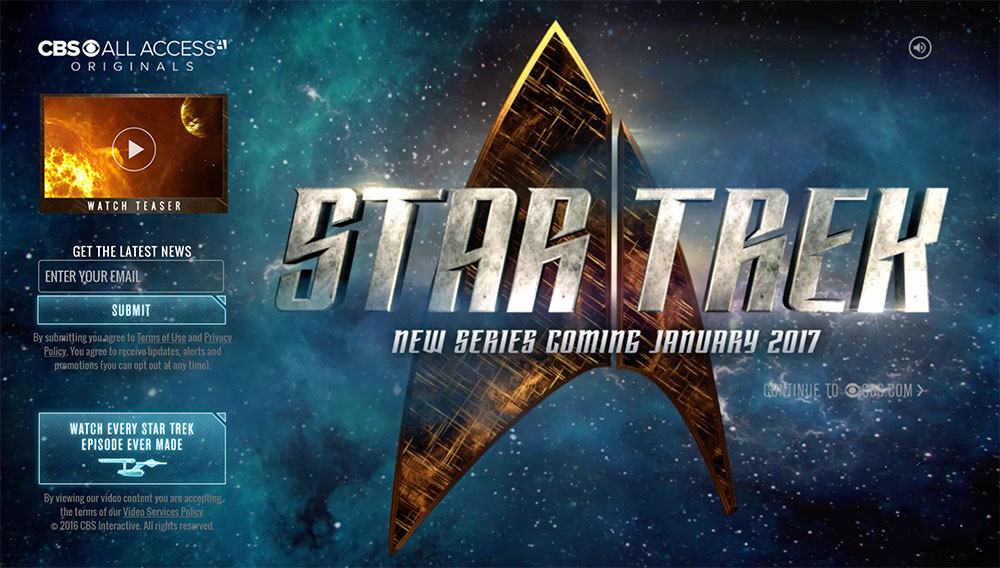