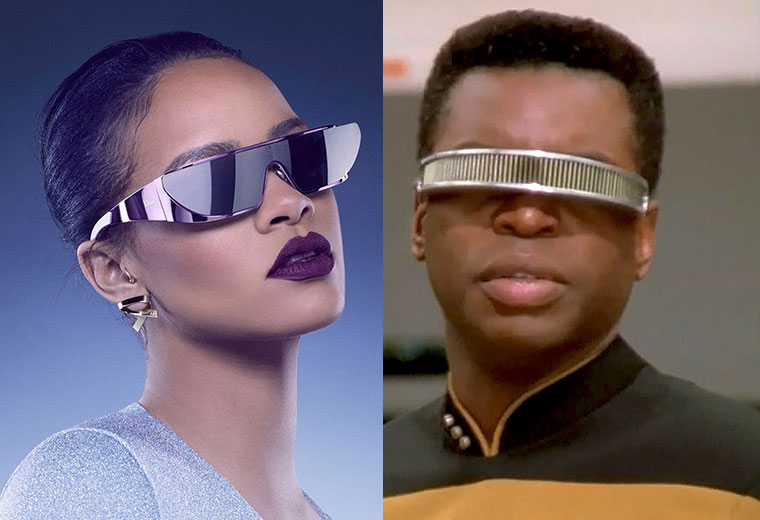 Rihanna’s new collaboration with Dior, a sunglasses line, are said to be inspired by none other than Star Trek: The Next Generation’s Geordi La Forge.

“I’ve always been obsessed with his eyewear, and when I got to Dior and saw all the materials I could play with, it all just came together,” the pop star told WWD.

“I spent a day at Dior with their eyewear design team. I started by looking through all the archives to see what they’ve done in the past, then got acquainted with all the new materials. I literally sat there and drew and drew until I was happy with the design, and the team illustrated it for me right then and there. We picked materials and colors that same day, and after that it was a matter of weeks before I saw the first prototype.” Rihanna said.

The futuristic looking sunglasses give a definite nod to the visor that was worn by LeVar Burton throughout all seven seasons of TNG.

Coincidentally, Rihanna was part of the “What Star Trek Means to Me” video montage shown as part of last week’s Star Trek Beyond fan event at Paramount Studios.

Dior’s “Rihanna” collection will include six color options. The silver, pink, blue, green, and red versions will cost $840, with a 24-karat gold-plated version for $1,950. They will start hitting Dior stores exclusively in June.

Now, for the real question. Who wore it better? Tell us in the comments below. 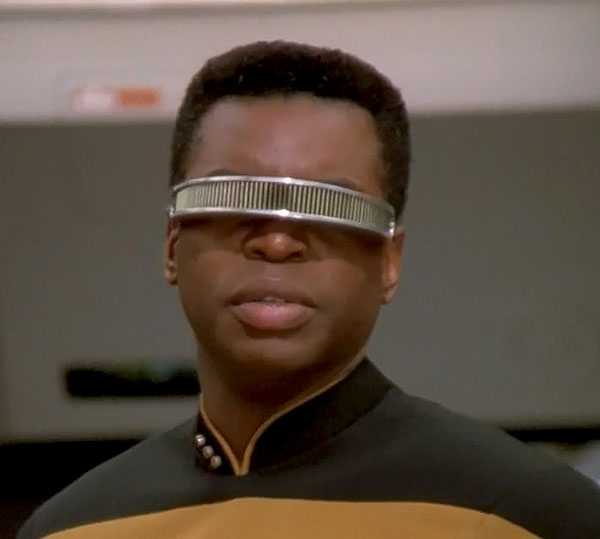 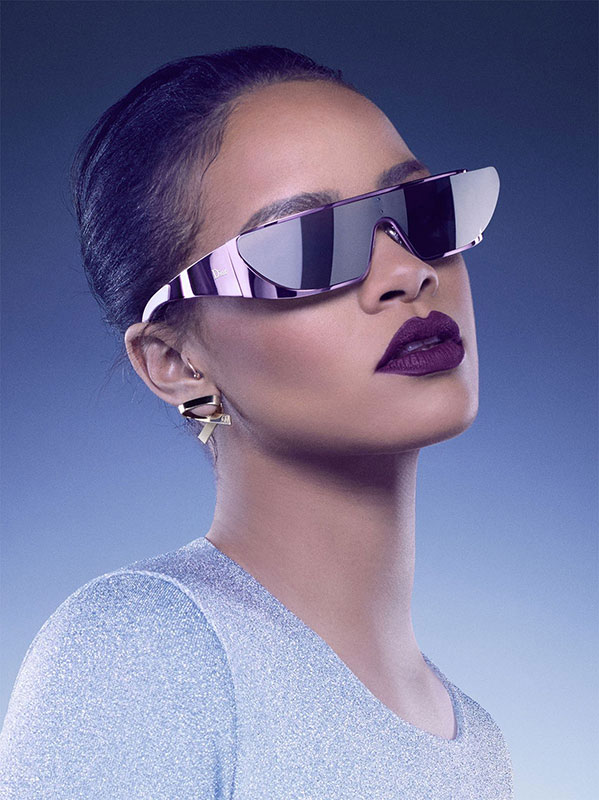