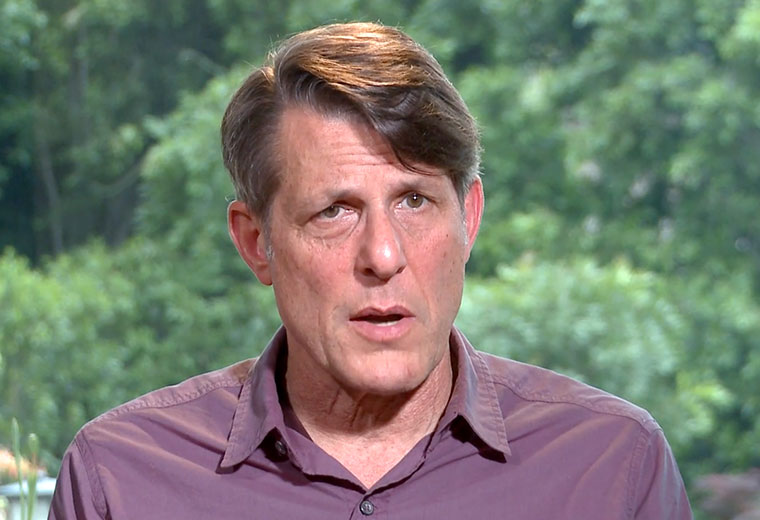 Julie Nimoy, the daughter of Leonard Nimoy, and her husband David Knight have provided TrekNews.net with raw footage from their upcoming film COPD Highly Illogical: A special tribute to Leonard Nimoy in which Nimoy’s son Adam discusses the last few months of his father’s life.

Leonard Nimoy, who passed away in February 2015, due to complications from COPD, is the focus of two documentary films being produced by his children. Adam’s film For the Love of Spock premiered at the Tribeca Film Festival in April.

In the clip embedded below, Adam discusses conversations he had with his father about his condition and his outlook on the future.

“It became emphatically obvious to me that he was in a serious situation when he told me, in probably November of 2014, that he didn’t think he was going to be around in the spring to to appear in a new Star Trek movie. It shocked me, frankly.

“We were talking about working on this project together — about dad narrating it or being interviewed for it. Then in January of 2015, I said ‘ We’ve got to get a camera crew over here right away for this Spock doc that we want to do.’ I want to interview you. He said ‘What’s your hurry? We have until 2016’ I said ‘You just told me weeks ago that you thought you weren’t going to be around through the spring — until April when they were going to start shooting this new Star Trek movie.’”

“I was just having a bad day. I’m fine. everything’s fine. We’ve got plenty of time.” Adam recalls his father telling him.

“Well, it was prophetic what he told me the previous year, because he didn’t even make it until March.” Adam said.

“His decline was very quick — very precipitous. We thought he was going to be home indefinitely with this condition.”

“A day or two after he was back from the hospital he was in a coma and he never really revived from that and then he passed away two days later,”

“That was shocking” he said.

You can check out the clip below.

In a second clip provided to us, Nimoy’s stepson Aaron talks about how he put together Bruno Mars’ video “Lazy Song” that featured Nimoy.